Home>Health>Cote d’Ivoire: Anthrax strain threatens chimps, may pose human risk
By AT editor - 8 August 2017 at 6:55 am 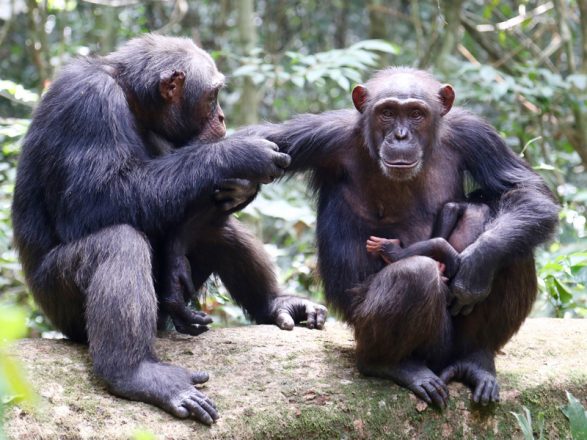 Scientists say an unusual strain of anthrax found in Taï National Park in Cote d’Ivoire is posing a serious threat to wildlife, including chimpanzees who may over time face extinction because of the bacterium.

The new study comes from Ivorian National Animal Health Institute, along with the Robert Koch Institute (RKI), the Max-Planck Institute for Evolutionary Anthropology and University of Glasgow. It finds that the Bacillus cereus biovar anthracis killing the chimpanzees also is causing isolated deaths of gorillas and elephants, and reaching into Cameroon and the Central African Republic.

“To our surprise, almost 40 percent of all animal deaths in Taï National Park we investigated were attributable to anthrax,” said Emmanuel Couacy-Hymann from the Ivorian Animal Health Institute.

Anthrax outbreaks are common in some regions of Africa, but are usually caused by Bacillus anthracis. A team led by Dr. Fabian Leendertz of RKI discovered this previously unknown type in the rainforests of Taï National Park in 2004. The latest research looked at bone and tissue samples taken from dead animals in the park across the last 28 years, as well as the flies who feed on them. The same observations were made on bone samples and flies from 16 other regions in sub-Saharan Africa to compare the results.

The scientists are now trying to find out why the anthrax has such a deadly presence in Taï National Park, and to understand where and how animals become infected. Researchers are looking at ways to protect the chimpanzees, including the possibility of vaccination.

There are no reported infections in humans, but the scientists are concerned about the high probability that it does pose a threat and are currently investigating that relationship. Anthrax can be fatal in humans but is usually treated successfully with antibiotics if caught early.

Study co-author Lothar Weiler of RKI said the work “highlights the One Health approach that sees human and animal health as intimately connected.”