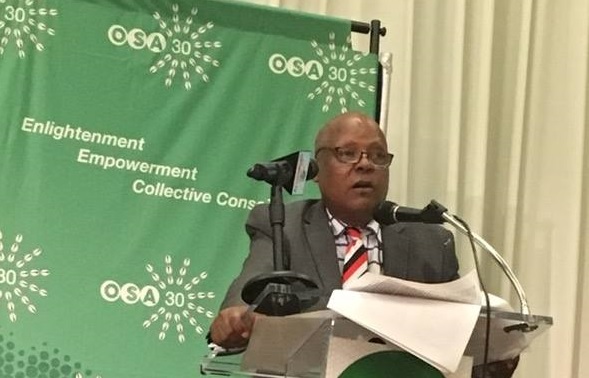 Ethiopia lifted last week the state of emergency imposed since October 2016, but the decision has raised questions about what happens to those detained during mass arrests on politically motivated charges during that time.

Among them is Merera Gudina, the academic and longtime opposition leader whose arrest was – according to Ethiopian officials – specifically based on a violation of state of emergency provisions.

The head of the Oromo Federalist Congress was detained November 30 after returning from Brussels, where he delivered a speech to members of the European Union Parliament and testified on the Ethiopian human rights crisis along with Berhanu Nega and Olympic athlete Feyisa Lilesa. He was subsequently charged with terrorism in a case that continues to work its way through Ethiopian courts and was most recently adjourned until October.

Merera remains in prison, and remains firm in refuting the terrorism charge while testifying that his life’s work and teaching always has been to oppose violence.

In a statement issued on December 20, in response to the international community’s concern over Merera’s arrest, the Ethiopian government clarified that it was not because of his appearance at the European parliament, but because he violated the emergency laws.

“Despite his awareness of these provisions, Dr. Merera Gudina allegedly met and discussed with the leader of a group listed as terrorist in Brussels,” the government said. “If this meeting is confirmed by the investigation, this would have to be considered as a clear and deliberate violation of the state of emergency.”

With the emergency over, however, come calls for his immediate release and that of other detainees.

“The government should release those arbitrarily detained or subject to politically motivated charges, including opposition politicians like Dr. Merera Gudina,” the Human Rights Watch said Monday. The statement also called for meaningful reforms that address the issues on which protests are centered.