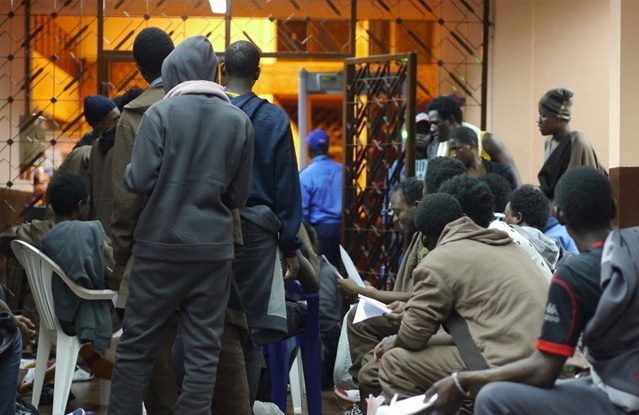 More than 5,000 migrants so far this year have returned from Libya to their countries of origin, the International Organization for Migration said, including 132 people from Guinea who flew home to Conakry last Thursday.

The group was on the sixth flight back to Guinea from Libya this year, as part of a three-year program, launched in April, to serve six national regions including Conakry and Boké. The program is designed to provide job training, assist in launching small businesses and other support focused on economic alternatives. Guineans also are coming home from Benin, Cameroon, Egypt, Morocco and Niger.

“Many of these migrants just really want to go home,” said William Lacy Swing, the IOM director general who was at the airport in Tripoli for this flight of voluntary returns. Swing said the IOM hopes to get between 12,000 and 15,000 migrants home safely and supported by assistance before the end of 2017.

Officials said the group included six unaccompanied minors, along with adults who shared their stories with IOM. The United Nations migration agency also is trying to better understand what conditions lead people to embark on the dangerous journey to Libya, and what living conditions they experience there.

About 75 percent of the 5,546 migrants assisted through July 19 of this year have been held in detention centers. They recount stories of harrowing escapes from boats sinking in the Mediterranean Sea, ill treatment by Libyan authorities and other situations.