Home>News>TASS report: Russia plans military cooperation deal with Niger
By AT editor - 11 August 2017 at 5:06 am 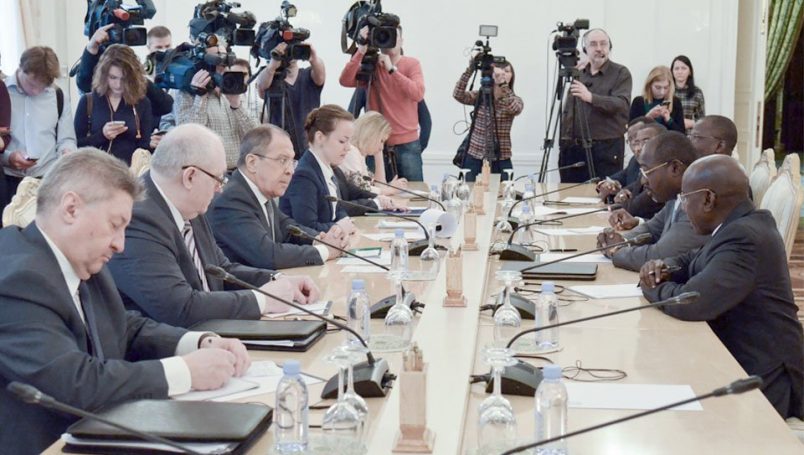 Russia’s TASS news agency reports that Moscow plans to sign a military cooperation deal with Niger, focused on international security and the war on terror.

TASS, citing a government resolution published on Russia’s legal information website on Thursday, said the government would approve a draft agreement submitted by its Defense Ministry and approved by the Russian Foreign Ministry and other relevant departments.

The document authorizes the Defense Ministry to hold negotiations with Niamey and agree to a deal.

“Under the draft agreement, the sides will interact in the war on terror, exchange information on military and political issues and the issues of strengthening international security,” TASS reported. Other areas of cooperation are expected to include joint troop training in military education, medicine and other fields.

The foreign minister of Niger, Ibrahim Yacoubou, visited Moscow in March to discuss ties with Russian counterpart Sergey Lavrov. Those talks had “a particular emphasis on the need to consolidate the international and African communities’ collective efforts to combat terrorism and extremism, in particular in the Sahara-Sahel region, in Mali, Libya, and in the Middle East and Syria,” the Russian foreign ministry said in a statement.

So far this year, Russia also has welcomed foreign ministers from Nigeria, Burkina Faso, Congo-Brazzaville, the Democratic Republic of the Congo, Senegal, Eritrea and Zambia.