Home>News>Kenyatta appeals for unity in victory speech, but Odinga rejects results
By AT editor - 12 August 2017 at 6:20 am 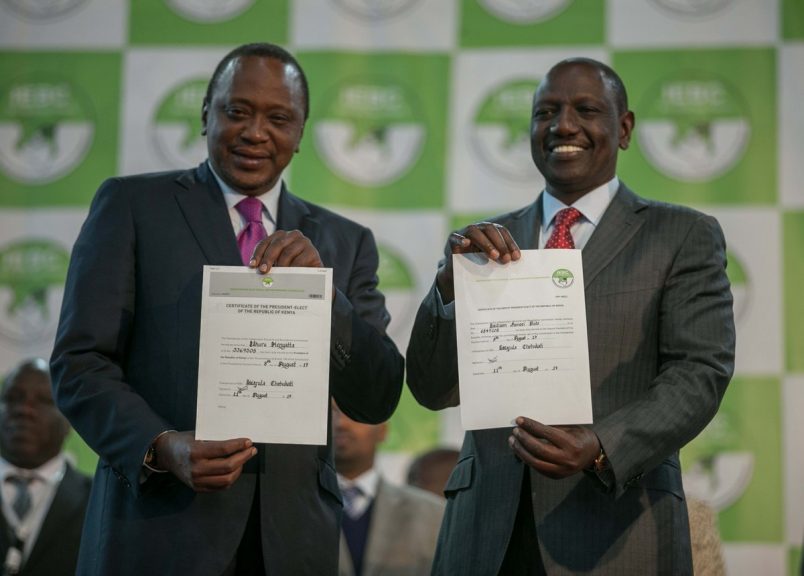 President Uhuru Kenyatta of Kenya has been declared winner of the August 8 presidential election, but opposition candidate Raila Odinga remained adamant that the results are fraudulent and rejected the Independent and Electoral Boundaries Commission (IEBC) announcement late Friday.

Kenyatta was declared president-elect with 8,203,290 votes, or 54.27 percent of votes cast. In his acceptance speech, he vowed to serve all 45 million Kenyans and appealed for unity and the support of Odinga and his Nasa coalition supporters.

“To our worthy competitor, we are not enemies. In every competition there shall be winners and losers. I extend a hand of partnership, of cooperation,” Kenyatta said in his acceptance speech. “This country needs all of us to succeed and Kenyans want it to succeed. I reach out to you, to all your supporters and to all those elected to the opposition bench. We shall work together to build this nation.”

Odinga, who received 6.7 million votes, has refused to accept the election results as legitimate, challenging the IEBC with disputed numbers. Odinga filed a statement immediately after Tuesday’s voting that declared then-reported results illegal. Odinga claimed that he was actually winning and that the process was being manipulated, calling the results “fictitious” and “fake,” and accusing the IEBC of streaming data that was not verified.

“I fear that this is precisely the reason why Mr. Chris Msando was assassinated, so that this would happen,” said Odinga, referring to an IEBC IT specialist found dead just days before the election.

IEBC chairman Wafula Chebukati – who said he is not intimidated but spoke of fears for his life on Thursday morning – responded with a four-page letter refuting Odinga’s claims of irregularities.

Isolated episodes of electoral violence have come in the wake of the voting, with street protests that continued late Friday. Both candidates, along with international leaders, have appealed for calm during Kenya’s election.