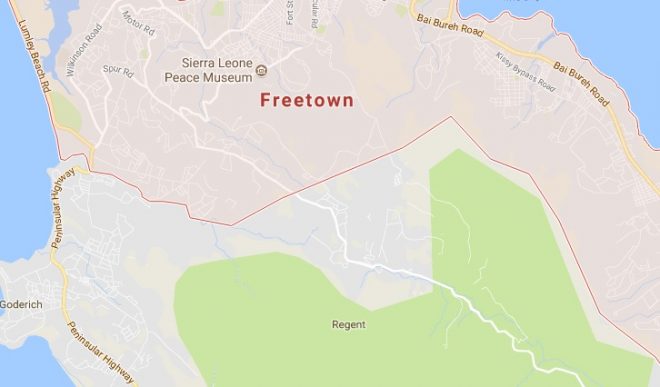 Authorities in Sierra Leone say more than 300 people have died so far in a massive landslide and flooding that hit Freetown on Monday morning. The torrential rains that hit the West African nation began before dawn.

An International Red Cross and Red Crescent (ICRC) Sierra Leone statement cited by Radio France Internationale put the death toll at 312 in an ongoing situation where fatalities are expected to rise. At least 60 of the victims are children, an AY TV reporter said. Hundreds more remain missing.

Witnesses told AFP that they were awakened by the rain around 4:30 a.m. local time in the Juba Hill neighborhood, and escaped by fleeing to the roof as the house began to flood.

Local media outlets report that in addition to Regent, severely affected communities include the IMATT neighborhood, and a community called Pentagon in Lumley which hugs the ocean at Cockerill Bay. Also impacted were parts of Mortema and Guma Valley.

Sierra Leone has seen heavier rains than usual since the start of the rainy season. Parts of eastern Freetown were affected by May storms.

An emotional President Ernest Bai Koroma has said his country is overwhelmed and is appealing to the international community for emergency aid.

United Nations in Sierra Leone said it is among the humanitarian aid agencies and NGOs responding to the crisis.

Flooding and landslides are not uncommon in Sierra Leone, where a September 2015 flood in Freetown killed at least seven people and left thousands homeless.