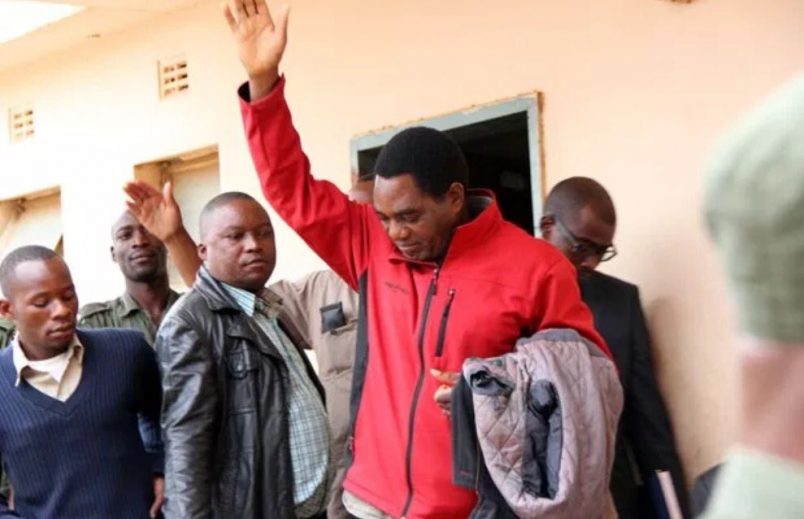 Zambian opposition politician Hakainde Hichilema is expected at the Lusaka High Court on Monday, his United Party for National Development (UPND) announced on Sunday amid reports that treason charges against Hichilema will be dropped.

Hichilema, the UPND presidential candidate who ran unsuccessfully against President Edgar Lungu last year, was arrested in April during a light-night ordeal at his home in the New Kusama area of Lusaka. The arrest followed an April 8 incident in which, allegedly, Hichilema deliberately blocked the president’s motorcade.

That, coupled with claims that he intentionally insulted Lungu, led to treason charges based on actions that the government said were calculated to usurp state authority. Hichilema, Wallace Chakwa and four others also were accused of conspiring to have Hichilema “accorded the status” of president.

Hichilema pleaded not guilty to the charges that will be dropped during the noon court appearance, according to a Reuters report citing government and legal sources published on Sunday. The Lusaka Times reported last week that Lungu and Hichilema had agreed to a dialogue process negotiated by Patricia Scotland, secretary-general of The Commonwealth organization of countries. Scotland completed a four-day visit to Zambia on Thursday.

Hichilema’s arrest, occurring within an increasingly authoritarian Zambia, was widely condemned by the international community including the European Union and the United States. Human rights organizations including Amnesty International also have called for the treason charges to be dropped.