Home>News>Odinga to announce post-election plans to an uneasy Kenya
By AT editor - 16 August 2017 at 3:25 am 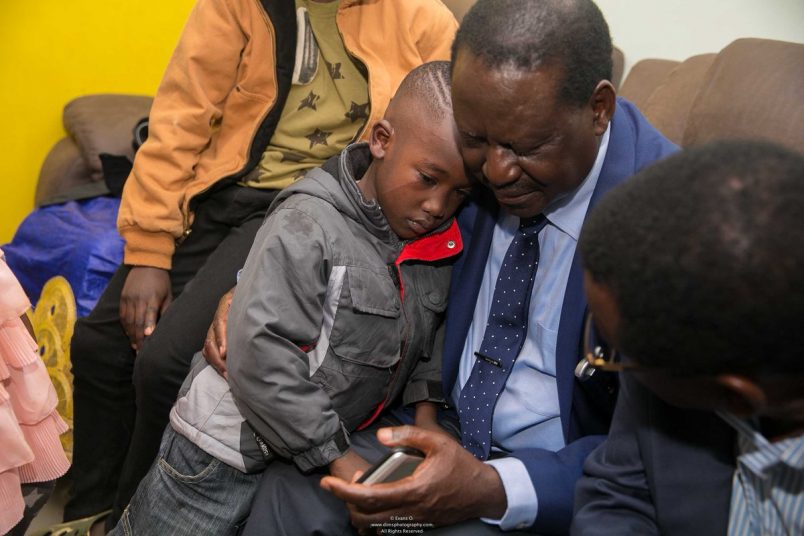 The Nasa opposition candidate, whose coalition has cried foul over President Uhuru Kenyatta’s victory, had planned his address for Tuesday but postponed it because of what a spokesman described as complexities and sensitivities involved with negotiations prior to any Odinga address to Kenyans.

Kenyatta was declared president-elect by the Independent and Electoral Boundaries Commission (IEBC) late Friday. The IEBC reported that Kenyatta won with 8,203,290 votes, or 54.27 percent of votes cast. Odinga, who received 6.7 million votes, refused to accept the election results as legitimate, challenging the IEBC with disputed numbers and calling on supporters to stay home from work on Monday in protest.

Instead of a Tuesday announcement, Odinga visited the family of Chris Msando, an IEBC information technology specialist responsible for the election’s digital reporting systems. Msando was last heard from in the early morning hours of July 29; his body and that of a woman killed with him were found that weekend.

“It’s an unbearable pain to his young family and a Kenyan tragedy,” Odinga said. He has claimed publicly that Msando was assassinated to ensure that the IEBC voting results could be manipulated to guarantee a Kenyatta victory.

Kenya has seen sporadic episodes of electoral violence since last week, with two dozen people confirmed dead although the opposition says more than 100 people have died. The losses included a 6-month-old baby who was beaten and tear-gassed in Nairobi and lost her battle for life on Tuesday.

The United Nations and other international voices have joined Kenyatta and Odinga in appeals for calm. Kenyan officials, mindful of the 2007 electoral violence that claimed more than 1,000 lives and left a half-million people displaced, have kept a close eye on rising tensions during the past month.