Home>News>Rwanda's Kagame touts 'DIY' approach for Africa during inauguration
By AT editor - 18 August 2017 at 11:52 pm 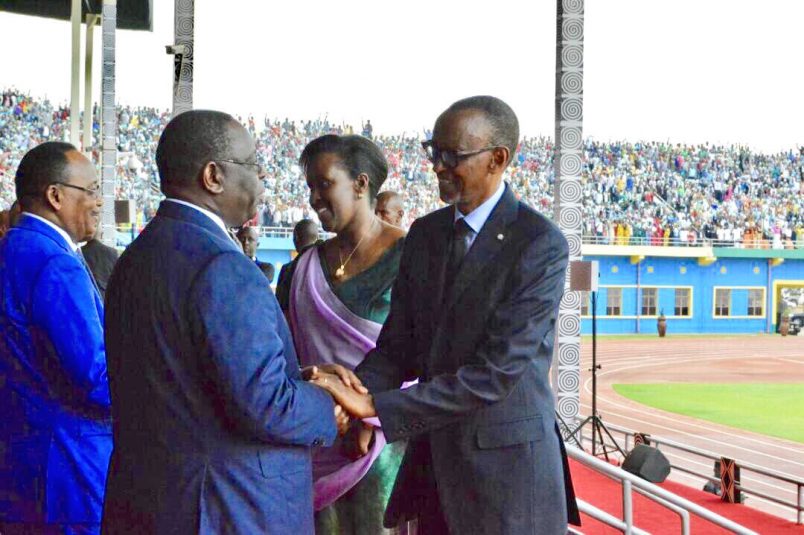 A triumphant President Paul Kagame of Rwanda was inaugurated to his third term in Kigali on Friday, in a ceremony attended by African leaders and heads of state that included Sudan’s Omar al-Bashir, President Yoweri Museveni of Uganda, Ali Bongo of Gabon and African Union Commission head Moussa Faki Mahamat.

Kagame, in a speech delivered to a crowd at Amohoro Stadium, thanked his supporters and called on the opposition to work with him in building Rwanda’s future and that of the continent. Yet it was also a speech in which the future African Union chairman and AU reformer drew clear lines on the issue of African self-determination, calling for “Do It Yourself” solutions that silence Western criticism and interference.

“Every attempt that was made, whether from within and especially from outside, to denigrate the process and glorify the old politics of division, only made Rwandans more defiant and more determined to express ourselves through the vote,” he said, alluding to questions raised by the United States and others about his own country. “All along, we have had to fight to protect our right to do what is best for us, and we will, without any doubt, continue to do so.”

Kagame won the August 4 election with more than 6.6 million votes and an eyebrow-raising 98.8 percent of the final tally in his favor. Frank Habineza of the Democratic Green Party of Rwanda (DGPR) and Philippe Mpayimana, an independent candidate, together accounted for 1.2 percent of votes cast, even as other disqualified presidential aspirants said they were intimidated and not treated fairly.

Their concerns arise in a Rwanda under the authoritarian Kagame that, across two decades, has been accused of repression and human rights violations. His inauguration speech dismissed the influence of other nations pressing for solutions in Rwandan affairs, and on Africa as a whole, when they don’t even work in their own countries.

“Every African country has to contend with efforts to force us to live on someone else’s terms,” he said. “They demand that we replace systems that are working well for us with dogmas in which their own people are rapidly losing faith.”