Home>Commentary>Will Lesotho rise to the challenge of a new SADC reform deadline?
By Laureen Fagan - 22 August 2017 at 7:21 am 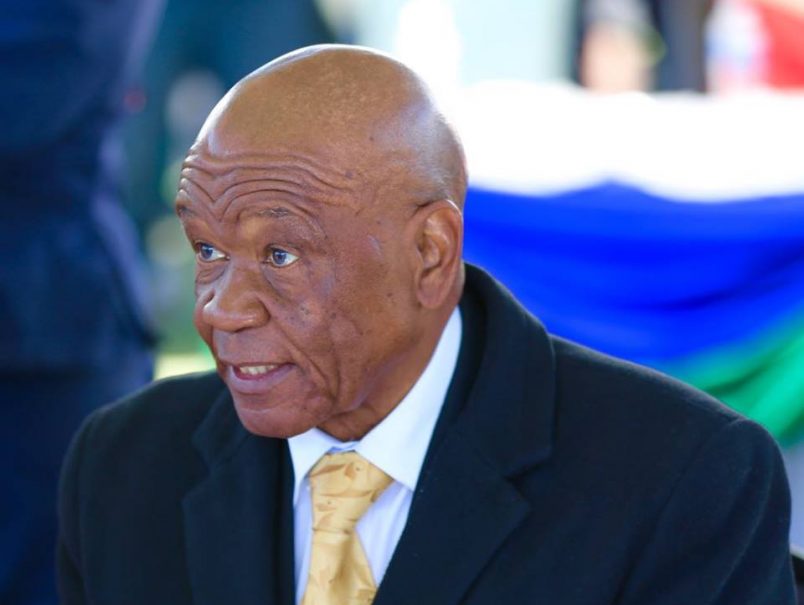 In early August, Prime Minister Tom Thabane of Lesotho promised that the small southern African kingdom would stop being the “bad boys” of the region and its 16-nation Southern African Development Community.

“Enough is enough,” Thabane said, as he vowed to move forward with a framework for comprehensive reforms that the SADC has been urging for the past two years. Those SADC decisions followed the tumult of an August 2014 coup and the ensuing political crisis from which Lesotho has yet to fully recover.

It was Thabane then, and it is again Thabane now, but little has changed in terms of moving the kingdom forward while the implementation of the agreed-upon reforms has seen one deadline after another pass. The most recent SADC summit, which ended on Sunday, closed with a new deadline for Lesotho to complete its stakeholder dialogues and begin reforms and reconciliation.

The SADC, in a communique from the 37th summit, recognized the June 3 elections that put Thabane back in office and urged the new government to expedite the implementation of the SADC decisions.

“In this regard, the Summit urged the Government of the Kingdom of Lesotho to develop and submit a roadmap on the implementation of SADC decisions with concrete, clear milestones, and deliverables and report progress at the next meeting of the Double Troika Summit to be held before November 2017,” the communique said.

The SADC also extended the role of the oversight committee working with Lesotho and serving as an early warning mechanism for a country that, in 50 years of independence, has known enough chaos. But if enough is enough, as Thabane says, Lesotho will need to back up his words with action.

Optimism without the evidence

There’s a glaring absence of visible progress, and the Ministerial Double Troika – the six nations of the SADC that meet ahead of the summit to discuss Lesotho’s progress – expressed concern about the “slow progress” last week. On the other hand, South African Deputy President Cyril Ramaphosa, in his role as the SADC Oversight Committee facilitator, consistently has sent more favorable and optimistic signals.

Ramaphosa visited Thabane in early August along with Frederick Mwita Werema, the retired justice from Tanzania who serves as the chairman of the SADC Oversight Committee on Lesotho. Ramaphosa said he’d be delivering a favorable report on the kingdom’s progress on the dialogue and planned to “inform the leaders of the region that Lesotho is now firmly on the road to embracing stability.”

The permanence of that turn toward stability remains to be seen, but Thabane’s return to Lesotho in February arguably marks its beginning. Thabane of the All Basotho Convention, Thesele Maseribane of the Basotho National Party and Keketso Rantso of the Reformed Congress of Lesotho Party had remained in exile in South Africa since the 2015 murder of Maaparankoe Mahao, the former commander of the Lesotho Defense Force aligned with Thabane.

The SADC anchored the Lesotho process with the opposition’s return, and said “the exiled leaders will contribute for the much anticipated national reconciliation of the Basotho nation” as it begins the reform process. The need for those reforms – in the constitution, in the security sector, in public service and in media – was detailed in an SADC Observation Mission report that guides the expectations for Lesotho leaders.

The separate November 2015 Phumaphi Commission report, while focused on the death of Mahao and limited to recommendations in the security sector, also emphasized the importance of the Oversight Committee yet it took more than a year before it was functional. The Maho inquiry report also stressed that the Lesotho constitution on defense and security roles is at the root of the political crises, but the kingdom hasn’t demonstrated a robust commitment to a process that will facilitate the necessary changes.

Only time will tell if this latest SADC ultimatum will make a difference, but the clock is ticking. It’s been almost two years since South African President Jacob Zuma warned of SADC intervention on behalf of Lesotho’s people if their own leaders failed to do so, but Ramaphosa too is accused of inertia when it comes to any real action.

Journalist Utloang Kajeno in Lesotho notes that there’s always promises and optimistic talk on the SADC reform implementation, but that no one “living in Lethoso ever realized any tangible progress.” The real problem with his observation is that it came almost exactly a year ago – and there’s still no real motion on reforms.

Under Prime Minister Pakalitha Mosisili, who was removed after a March 1 no-confidence vote in parliament in much the same way that he arrived, the SADC decisions gathered dust. Meanwhile, more than 2 million people in one of the world’s least developed countries are still waiting to see a change.

It may be just around the bend, because Thabane has vowed to accelerate the dialogue and there’s plenty of SADC praise for the level of inclusion that he envisions among the nation’s constituencies. Yet Lesotho – and the SADC, and the wider international community – has heard all of this before.

If Thabane truly believes that enough is enough, he needs to ensure that no more time is wasted in building the foundation for Lesotho reforms and he needs to report meaningful progress come November.