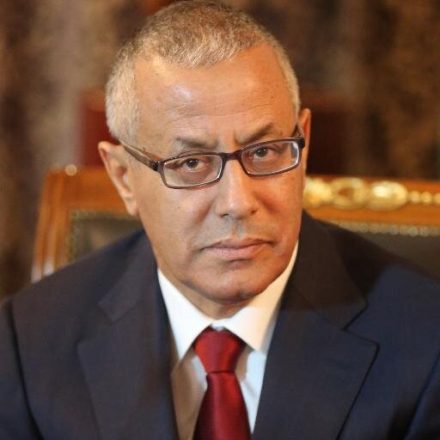 The former prime minister of Libya, released after a week-long abduction and disappearance, is safe and in good health, according to information released Wednesday by the United Nations Support Mission in Libya (UNSMIL).

The mission said that Ghassan Salame, the new UN special envoy to Libya, has spoken with Ali Zeidan and “expressed relief at his release and was pleased to find him in good health.”

Zeidan was abducted by armed men from a hotel in Tripoli on August 13, according to the Libya Herald, although there are conflicting accounts about his disappearance and the timing. The former prime minister, who is a dual citizen of Germany and has been living there since he was removed from office three years ago, had returned to Libya earlier this month, according to accounts of family and friends.

Zeidan’s return was reportedly planned and cleared with the Government of National Accord and the internationally-backed Prime Minister Fayez Al-Sarraj, those close to him said. Karam Khaled told the BBC that he was traveling with Zeidan on their official visit and protected by the presidential guard. Khaled said the guard shut down a similar attempt on August 12 before gunmen returned the next day.

“We tried to prevent the group from taking (Zeidan), but they were too many, and what is clear to us is that it is the Presidential Council that is under the control of this militia,” he told BBC. Yet Sarraj has denied that Zeidan, believed taken by Tripoli Revolutionary Brigade forces led by Haitham Tajouri, was arrested on the orders of attorney general Sadiq al-Sour in line with Presidential Council actors.

As prime minister, Zeidan previously was abducted from the Victoria Hotel in 2013 and released unharmed.