Home>News>UNITA disputes Lourenço win as Angola awaits final election results
By AT editor - 25 August 2017 at 7:27 am 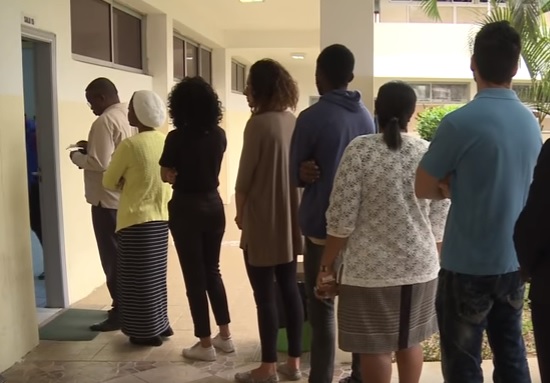 Presidential candidate João Lourenço of Angola’s Popular Movement for the Liberation of Angola (MPLA) has been declared winner of the August 23 election on the basis of provisional results, but it will be September 6 before final results are confirmed.

The opposition disputes those results, after warning in recent days of electoral fraud by the National Electoral Commission (CNE). UNITA representative Estevão José Pedro Kachiungo said Friday that the results are “fake.”

The CNE, along with international observers, say they are confident in the legitimacy of elections that also met with the approval of Lourenço and the MPLA.

Voting was extended to Saturday in three of the 18 Angolan provinces where more than 1,000 people were unable to participate in Wednesday’s election. Officials cited an Angolan Air Force helicopter crash nearly two weeks ago near Caiundo, in the southeast part of the country, as the reason. No one was seriously injured, but the election kits aboard the craft were destroyed when the helicopter exploded.

The 2017 elections move forward without the ailing President Eduardo Jose dos Santos, who announced earlier this year he would not be seeking re-election. He has been the president of Angola since 1979.