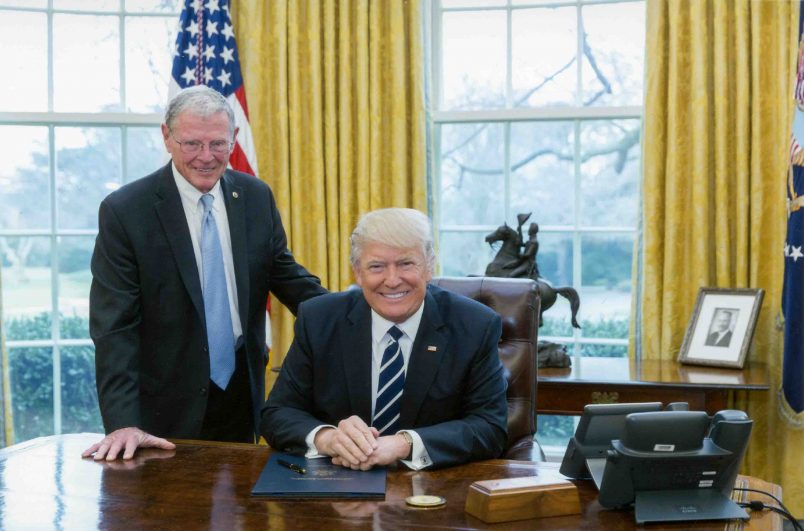 In the United States, President Donald J. Trump and his administration have faced much criticism for failing to fill key positions that affect foreign policy – especially on Africa. Yet it appears that in the case of J. Peter Pham, the likely nominee for the assistant secretary for African affairs post at the U.S. Department of State, it is a senator from Trump’s own party who is obstructing the appointment.

That may be because U.S. Senator James Inhofe of Oklahoma has long supported independence for Western Sahara, and is pressing for a candidate he thinks will take a tougher stance toward Morocco on the Sahrawi question. A report Friday by Foreign Policy magazine says the issue is what’s stalling a decision on Pham for a post that’s critical to U.S. relationships with African nations – a scenario for which neither the White House nor Inhofe’s office chose to comment.

Inhofe most recently led a delegation to visit Western Sahara refugee camps in February, traveling with advisers that included U.S. Congress member Randy Hultgren, a co-chair of the U.S. Tom Lantos Human Rights Commission. They also met with Polisario Front leader Brahim Ghali to reiterate their support, with Inhofe telling the Sahrawi media arm that he wanted to help end the conflict in Western Sahara through negotiations meant “to guarantee the Sahrawis the right to decide their future through a democratic referendum.”

He has consistently appealed for Sahrawi self-determination over the years.

Pham is currently director of the Africa Center at the Atlantic Council think tank in Washington DC. It remains unclear, according to FP, exactly why Inhofe is focused on his appointment because the position does not oversee policy decisions on Morocco, which are handled by the State Department’s Bureau of Near Eastern Affairs.