Home>News>China denies Japan's claim of African support to curb Beijing's maritime reach
By AT editor - 29 August 2017 at 7:02 am 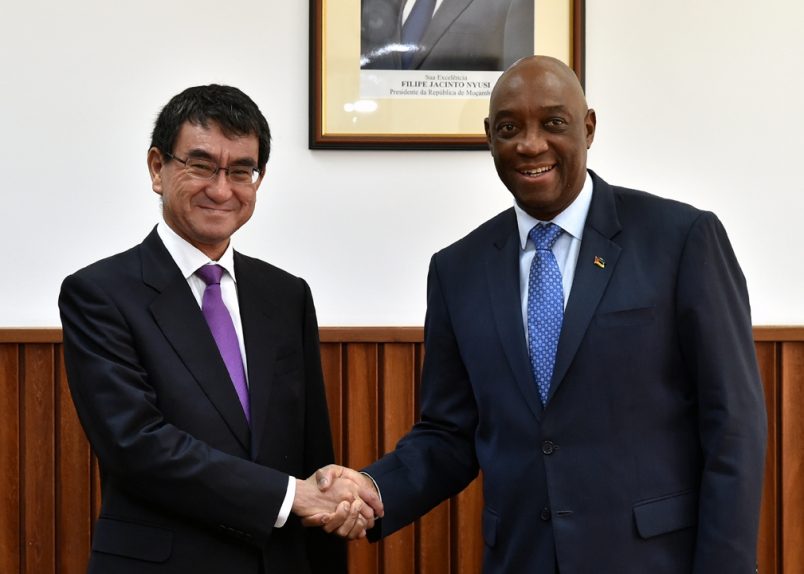 A spokeswoman for China’s Ministry of Foreign Affairs has disputed a report that African nations are aligned with Japan in the latter’s effort to protect international waters from an increasingly aggressive Beijing.

Hua Chunying said Monday that both a report by Japan’s Kyodo News agency and statements by Japanese foreign minister Taro Kono “severely deviate from the facts” in suggesting that African nations, represented at a meeting last week in Mozambique, were aligned with Japanese interests on maritime rules and law.

Hua said the topic came up during discussions at the follow-up meeting to the Tokyo International Conference on Africa Development (TICAD) ministerial meeting in Maputo, but “never passed the so-called chair’s statement. It only reflected what’s transpired amid discussions in a conference minutes.”

She also noted that when both foreign ministers of Japan and Mozambique appeared together during a press conference, Oldemiro Julio Marques Baloi said the TICAD platform was not to be politicized with Kono at his side.

Hua said that any maritime-related discussions were limited to the Atlantic and Indian oceans; that effectively would mean that South China Sea and Pacific issues of growing concern to Japan were not included in the TICAD discussions or, presumably, relevant to the African nations.

Japan has been courting Southeast Asian nations on maritime security as China extends its reach, even as North Korea, with a missile launch on Monday that arced across Japanese territory, continues to destabilize the region. Kono, on an official visit to the United States, recently stressed the importance of containing China on maritime aggression while ensuring agreement on North Korea.