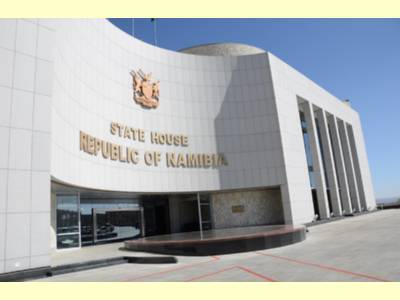 Two Namibian firms doing business with North Korea have fallen under new sanctions imposed by Japan, as tensions with Pyongyang have escalated in recent months. Those tensions reached new heights on Tuesday after North Korea launched a missile that flew over Japanese territory at Hokkaido, landing in the Pacific Ocean an estimated 1,180 kilometers to the east.

The weapons programs are in violation of UN resolutions, with previous sanctions imposed against entities that do business with North Korea. Japan’s freeze on the assets of the two unnamed Namibian companies, as well as those placed on Chinese companies importing coal from North Korea and individuals connected with Pyongyang, follow sanctions recently imposed by the security council and subsequently by the United States.

Those expanded sanctions came after the release of a February United Nations Security Council report on Pyongyang. That report detailed a history of North Korean involvement in Namibia that included the construction of a military base and munitions factory at Oamites, as well as other government buildings and monuments including the new state house. They were built with the assistance of Mansudae, a decades-old North Korean design entity with a presence in at least 15 African nations.

Workers on the Namibian projects were paid through a local bank, according to the UNSC report, while Mansudae maintained an architectural and technical services office in Windhoek. The Namibian government agreed in 2016 to suspend its business activities with the North Korean organization.

Japan has now designated a total of 72 entities and 81 individuals as targets with regard to its sanctions against North Korea.