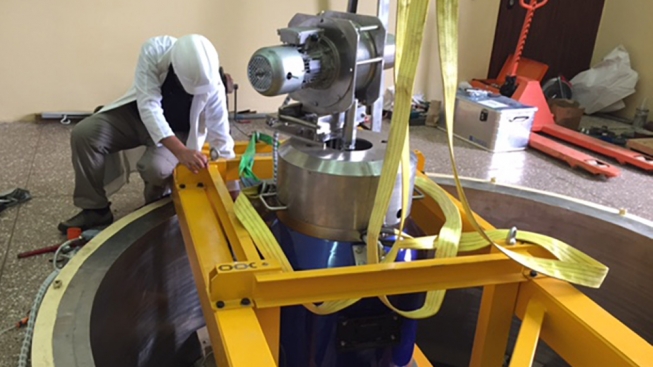 Ghana has now converted the fuel at its only nuclear research reactor in Accra, successfully completing an international project meant to replace the use of high enriched uranium (HEU) to low enriched uranium (LEU) fuel.

The three-year effort completed last week makes Ghana the first of five countries outside of China, all home to Chinese-made Miniature Neutron Source Reactor (MNSR) sites, that are exchanging the uranium sources, according to the International Atomic Energy Agency (IAEA).

What it means is that scientists in Ghana – and eventually Nigeria – will continue scientific research at the GHARR-1 reactor with a 20-percent enriched uranium fuel rather than 90 percent weapons-grade fuels that can be used to build nuclear devices.

The other uranium conversion sites outside of four in China are located in Iran, Syria and Pakistan, the IAEA said.

“With this pioneer engagement Ghana demonstrated the feasibility of the MNSR conversion outside China,” said Kwame I. J. Aboh, Project Manager at Ghana Atomic Energy Commission (GAEC). “We hope our model of conversion and repatriation can be applied in similar operations in other countries operating such facilities.”

The GAEC worked with Chinese and American nuclear experts in a much-celebrated cooperative effort to promote the non-proliferation of nuclear weapons. The IAEA said the HEU fuel was sent back to China.

The MNSR research reactors were originally designed and built by the China Institute of Atomic Energy, with a compact core of 30 kW thermal powers and about 1 kg of 90 percent enriched HEU.