Home>News>MONUSCO condemns DR Congo military intrusion at Kananga base
By AT editor - 31 August 2017 at 10:58 pm 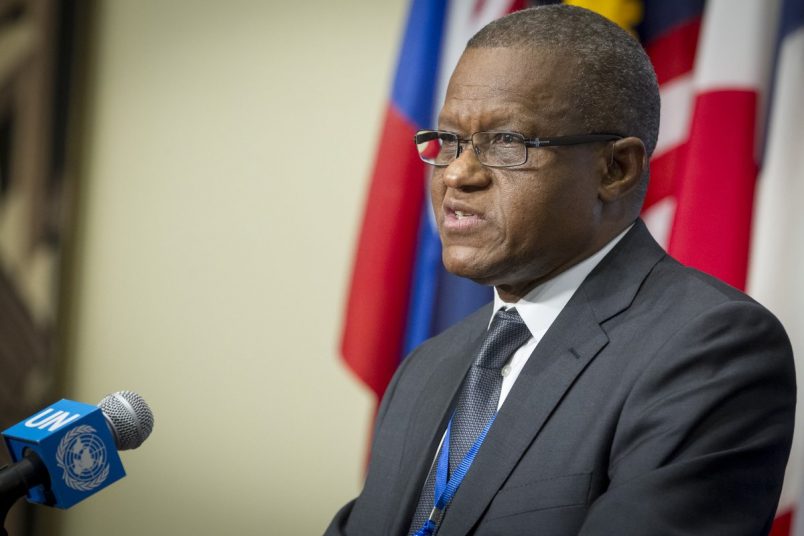 The intrusion by Congolese military forces earlier this week at a United Nations base in the violent Kasai region has received strong condemnation from the head of MONUSCO mission Maman Sidikou.

Sidikou, the UN special representative in Democratic Republic of Congo, said the incident was especially troubling because it was carried out by FARDC soldiers under the direct order of regional commander General Marcellin Assumani and in violation of the international legal protections of the UN.

Monday’s incident occurred when a Congolese journalist pursued by government forces reached the MONUSCO office complex in Kananga to seek refuge. The Congolese soldiers giving chase forcibly entered the UN space, in violation of the Status of Forces Agreement (SOFA) between the UN and DR Congo.

The UN called on President Joseph Kabila and the Congolese government to adhere to that agreement, as well as the Convention on the Privileges and Immunities of the United Nations and other applicable law.

“We also call on the Government of the DRC to hold those involved fully accountable, and to take the necessary measures to prevent a repetition of this deeply regrettable incident,” Sidikou said.

The UN also expressed its concern over the increasing harassment and threats against journalists in the DR Congo, where they are “signs of the shrinking freedom of expression, which is not in line with the expected measures to ease political tensions in the DRC.”

An international team of human rights experts investigating abuses in the Kasais will be based in Kananga, and is expected to arrive in the next few weeks. Bacre Ndiaye of Senegal, Fatimata M’Baye of Mauritania and Canadian Luc Côté will investigate reports of mass killings and other grave human rights violations in the region following a a UN Human Rights Council resolution approved in July.