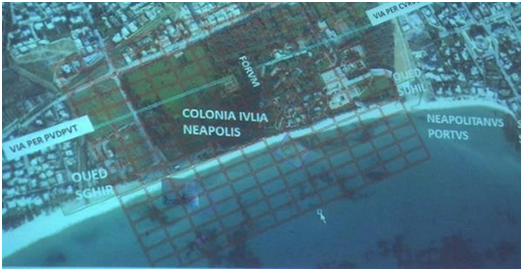 Archaeologists say they’ve discovered the undersea ruins of a Roman city off the coast of Tunisia, where part of the ancient Neapolis was submerged after a fourth-century earthquake and tsunami on the Mediterranean Sea.

That’s the working theory of a research team from Tunisia’s National Heritage Institute and the University of Sassari in Italy. They’ve been excavating at the ruins near the modern city of Nabeul, along the Gulf of Hammamet, since 2010 on both land and beneath the sea at the adjacent shoreline.

This summer, the dive teams led by Mounir Fantar were able to explore more of the submerged site, which covers a roughly 20-hectare area. They found the ancient, underwater urban landscape remarkably well preserved, with identifiable streets and monuments, the scientists said in a release. 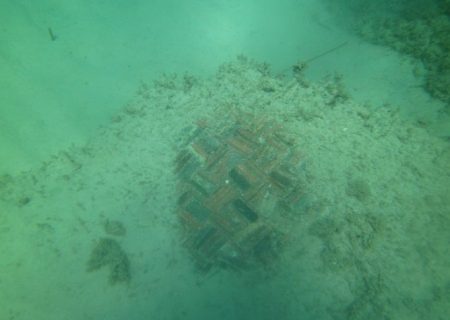 They also found some 45 kilograms of garum, a fish paste or sauce made from tuna and sardines, that was widely used in the ancient world. Neapolis was known to be a large producer of garum.

Scientists say the findings are direct evidence of a giant earthquake that occurred on July 21, 365 CE. Geologists in the modern era have estimated the quake at an 8.0 to 8.5 magnitude, noting that it triggered a massive tsunami that affected nations including Egypt, Libya, Greece, and Spain, while lifting the island of Crete up to 10 meters above the sea.

Ancient historians including Jerome described the tsunami waves overtaking the island of Sicily, and tossing ships into the rooftops of the ruined Alexandria. The Tunisian-Italian team said the same quake would have sunk one-third of ancient Neapolis, leading them on their quest to learn more about what happened.