Home>News>Report: Somalia sounds alarm over Iran's access to uranium now in extremist hands
By AT editor - 2 September 2017 at 10:01 pm 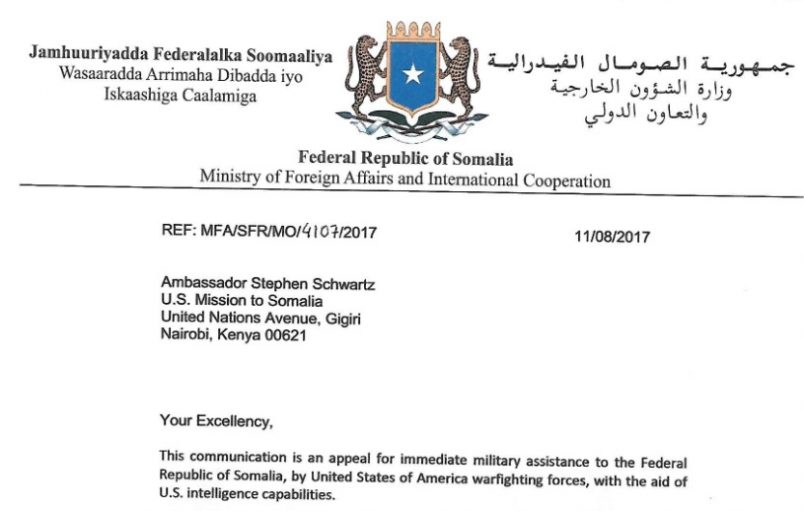 News outlets based in the United States say they have confirmed the authenticity of a letter from the Somali government, appealing for U.S. military assistance to stop a resurgent al-Shabaab from mining uranium and passing it on to Iran.

Both the Fox News network and Voice of America (VOA) say the August 11 letter was sent by Yusuf Garaad, Somalia’s Minister of Foreign Affairs, to American ambassador Stephen Schwartz.

Fox News said the U.S. Department of State declined to comment on the letter and referred questions to the Somalian embassy, where officials confirmed the letter as authentic. The network says it obtained a copy of the letter and posted it on its site.

“This issue can be summed up in a single word: uranium,” the letter said. “Al-Shabaab forces have captured critical surface exposed uranium deposits in the Galmudug region and are strip mining triuranium octoxide for transport to Iran.”

Somalia’s sizable uranium reserves have been known since at least the 1980s, according to International Atomic Energy Agency (IAEA) documents that map surface-level deposits in and around the Galmudug region.

Although Somalia cut diplomatic ties with Iran last year, the United Nations Security Council has long expressed concern over the shipment to Somalia of arms originating in Iran. An October 2006 report to the Security Council specifically linked Somalia to Iranian interest in a uranium-for-arms exchange, a threat with a feasibility that was widely dismissed at the time.

VOA spoke with Ahmed Isse Awad, the Somali ambassador to the U.S., who said the August letter was real, despite the assessment of a Somalia expert who found an inconsistency with the diplomatic channel used to send it. There are also questions about language in the letter that directly links the activities of al-Shabaab, historically affiliated with al-Qaeda, with the Islamic State organization interest in uranium.

Other analysts and experts have described news of the letter as terrifying and “jaw-dropping” if the contents described prove true, while some see it as a ploy to manipulate the U.S. for more support. Some news outlets in Somalia are reporting the story, but there have been no additional details from the Somali government.