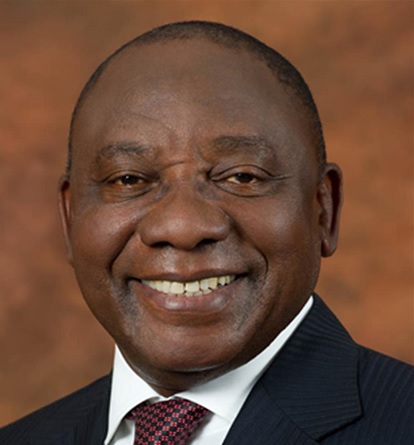 Deputy President Cyril Ramaphosa hit back on Saturday at what he called a “smear campaign” that is orchestrated from within the South African government, directed at those who have taken a stand against corruption and linked to an investigation of President Jacob Zuma and his associates.

Ramaphosa was responding to social media messages linked to the Sunday Independent and based on emails leaked to the media outlet. The latest in a series of leaks to South African media suggest Ramaphosa’s involvement in numerous extramarital affairs; more clarity about those allegations is expected Sunday as Ramaphosa lost a last-minute legal bid to halt their publication late Saturday.

Editor Steve Motale of Independent Media wasn’t saying more about the content teased ahead of publication, but Ramaphosa and his political team were quick to deny any improper relationships. He and his wife support 54 students, male and female, and evidence of bank transfers contained in the email leaks is related to their support, he said. The exposure violates their privacy, he added, but the greater problem is “an escalation of a dirty war” motivated by the political situation.

“Nearly all the people that have been targeted in this way have taken a public stand against the capture of our state institutions by outside interests and the looting of public resources,” Ramaphosa said, referring to the ongoing investigation of Zuma, the powerful Gupta family, and numerous other players in government and business. They followed the October 2016 release of the “State of Capture” report.

“It is evident that there is a well-resourced, coordinated covert operation underway to prevent those responsible for wrongdoing from being held to account and for the integrity of our law enforcement agencies and other state institutions to be restored,” the deputy president said of the email leaks.

Ramaphosa also called on journalists to practice restraint as political battles heat up within the African National Congress (ANC), and his campaign for president and ANC leadership move forward. The actions of Motale and the Sunday Independent “can no longer be referred to as journalism,” he said.