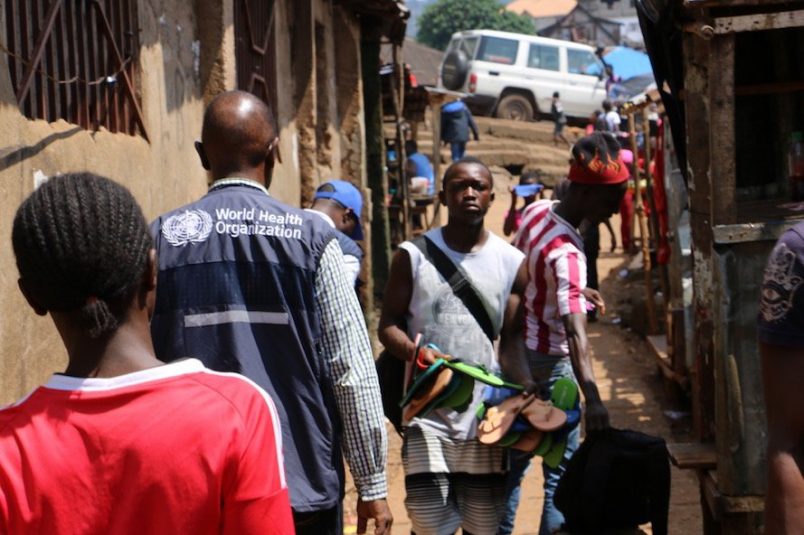 Relief efforts continue in Sierra Leone following an August 14 landslide and flooding at Freetown that claimed more than 1,000 lives, and left up to 10,000 more displaced. Those efforts involve a number of humanitarian aid agencies, including UNICEF, which is working to resettle the homeless who have voluntarily relocated to the Juba barracks at Lumley and a compound at Hill Station in Freetown, and United Nations partners.

The scope of the disaster is stunning, as authorities in Guinea say 19 bodies believed to be from the landslide washed up on the neighboring West African nation’s coast, many of them at Conakry.

Yet as the world’s attention turns to other crises – deadly flooding in central Nigeria among them – it is Sierra Leonians using SMS text messaging who are helping to keep Freetown connected in the wake of the crisis. Using the India-based U-Report, a global service for creating locally based social networks, members in Sierra Leone are conducting unofficial polls on the landslide impacts and what assistance users themselves say they need. 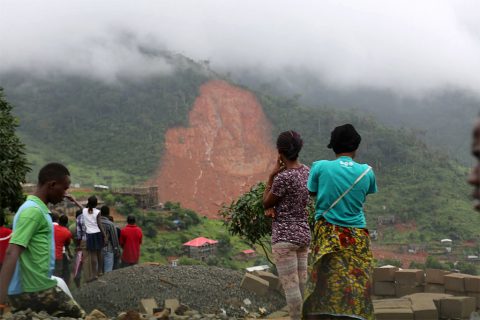 The World Bank community polls conducted Thursday showed 28 percent of some 4,700 service users in the Western Area where Freetown is located are affected by the August 14 disaster. More than 1,000 users responded to a self-reporting question about those impacts, with 38 percent saying that their house was lost or destroyed, and 24 percent saying they’ve lost a family breadwinner.

Nearly 1,000 U Report respondents answered a question about what help they’re getting. A third of them are served by the government and NGOs, while 28 percent are getting help from their relatives. Thirteen percent said they use savings to survive, while 9 percent said they had to limit food per day.

The greatest priority among respondents was finding shelter, followed by restarting work or business. Ten percent of the 840 respondents to the priority question chose “finding missing relatives” instead.

What did the U Report poll participants say would be the greatest help? Support to rebuild a home, selected by 35 percent, was followed by help to restart a business (31 percent) and support for relocation (28 percent).

To see complete results, other disaster-related polls or learn more about U Report, see this link.