Home>News>Angola's opposition vows legal challenge over Lourenço election win
By AT editor - 7 September 2017 at 4:35 am 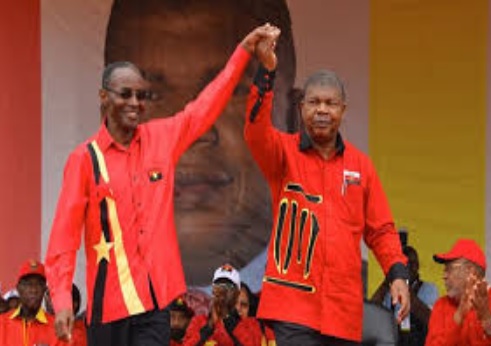 Presidential candidate João Lourenço of Angola’s Popular Movement for the Liberation of Angola (MPLA) has been formally declared winner of the country’s August 23 election, but opposition parties said Wednesday that they plan to contest the results.

The National Electoral Commission (CNE) said Lourenço, the nation’s defense minister and MPLA vice president, secured 61 percent of the vote. The final results also mean that MPLA will retain 150 of the nation’s 220 seats in parliament.

Isaías Samakuva and his main UNITA opposition party received 26.7 percent of the vote in the race for president, with 9.5 of the remaining vote distributed among other opposition political parties.

The opposition disputed similar results when they were released on a provisional basis immediately after the election, with UNITA representative Estevão José Pedro Kachiungo saying that the results were “fake.” Kachiungo reiterated on Wednesday that UNITA will file an appeal with the Constitutional Court.

“From the UNITA point of view, these results do not reflect what the law says,” Kachiungo said, adding that their objections are because the vote counting process was tainted. In a joint statement released Sunday, UNITA – along with the CASA-CE, PRS and FNLA opposition parties – said the process was unconstitutional and illegal, and demanded a new vote.

The CNE, along with international observers, have said they are confident in the legitimacy of elections that also met with the approval of Lourenço and the MPLA.

The 2017 elections move forward without the ailing President Eduardo Jose dos Santos, who announced earlier this year he would not be seeking re-election. He has been the president of Angola since 1979.