Home>News>Egypt blocks HRW site after torture report released
By AT editor - 8 September 2017 at 2:45 am 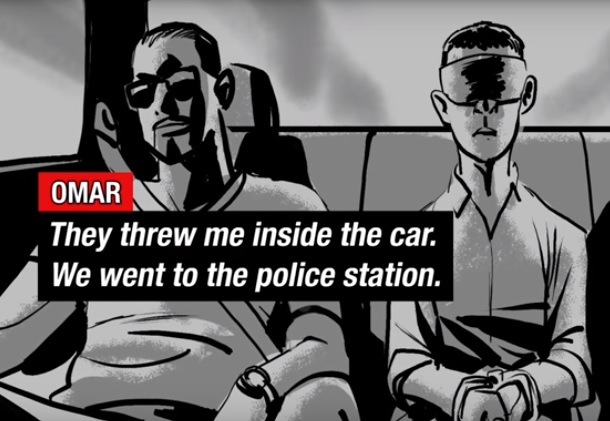 Human Rights Watch (HRW) says that Egypt has blocked access to its website from inside the country after the global organization released a report documenting the government’s use of torture.

“Egyptian authorities keep insisting that any incidents of torture are isolated crimes by bad officers acting alone, but the Human Rights Watch report proves otherwise,” the organization said Thursday. “Rather than address the routine abuses in Egypt, the authorities have blocked access to a report that documents what many Egyptians and others living there already know.”

The 63-page report, made public earlier this week, details the systematic use of beatings, electric shocks, stress positions and rape on detainees, many of whom are political dissidents. HRW said security forces use torture with impunity, especially officers of the Interior Ministry’s National Security Agency when forcing confessions or trying to get information.

The data came from interviews with 20 former detainees or their family members, and included a review of reports completed by Egyptian journalists and human rights organizations. HRW estimates that some 60,000 people have been detained, disappeared or sentenced to death since the 2013 military coup that brought President Abdel Fattah al-Sisi to power. Egypt has required at least 19 new prisons to hold them all, the report said.

HRW joins a growing list of websites blocked by the authorities since May, after Egypt declared a state of emergency following attacks on Coptic Christian churches. The initial three-month state of emergency was later extended and remains in force until the end of September.