Home>Finance & Economics>Global Witness report exposes diamond wealth among Zimbabwe elites
By AT editor - 12 September 2017 at 5:05 am 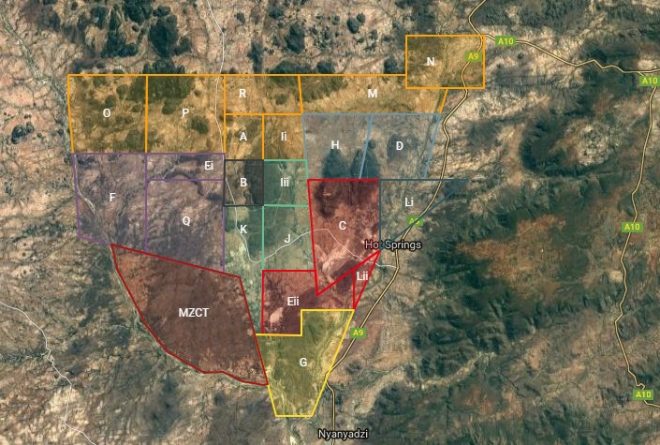 A report from the Global Witness organization finds that Zimbabwe’s military and intelligence personnel, along with political elites, are siphoning off the country’s diamond wealth and hiding it from a nation where three-fourths of the people live in poverty.

The new “An Inside Job” report looked at five mining companies operating in the Marange diamond region, and explores relationships between the government agencies and mining companies while demonstrating the gap between what Zimbabwe is mining and what officials report on their exports.

“Very little of Zimbabwe’s diamond wealth has benefitted ordinary people,” Global Witness said in a press release. “Since 2010 Zimbabwe has officially exported over US$2.5 billion in diamonds, according to official figures from the Kimberley Process. Limited available government reports show only around US$300 million of this can clearly been identified in public accounts.”

Documents indicate that Zimbabwe’s Central Intelligence Organisation (CIO) holds a stake in Kusena Diamonds, which recently merged into the new Zimbabwe Consolidated Diamond Company (ZCDC). Those diamonds are traded on international markets, as are those from Anjin Mining. The latter, a partnership between Zimbabwe’s military and a Chinese investor, likely sells in violation of European Union sanctions related to a company owner, Global Witness said.

Among other examples is Mbada Diamonds, where it appears the secret owner of a 25 percent stake is Robert Mhlanga, a retired member of Zimbabwe’s security forces and a staunch President Robert Mugabe and Zanu PF supporter.

“Mismanagement of the diamond sector has devastating consequences for Zimbabwe’s development and democracy,” Global Witness said. “Not only have diamonds failed to benefit the Zimbabwean people, but evidence suggests that they have funded the state machinery consistently implicated in oppression. This casts serious doubt on President Mugabe’s claim that private investors are solely to blame for billions of dollars of missing diamond revenues.”

To view the complete report and accompanying mine maps, see this link.