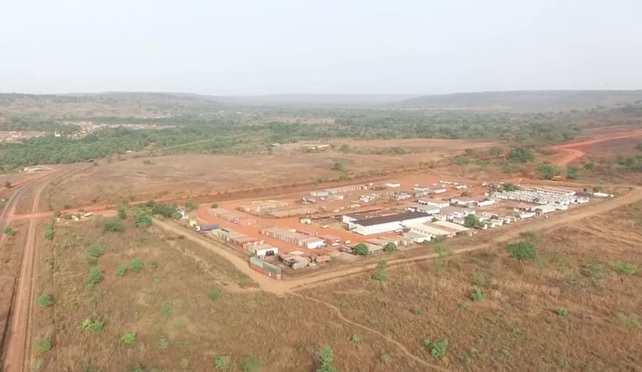 At least one person has died and there are reports of 20 injured following a new round of riots in the Guinean mining town of Boke on Wednesday.

This week’s street protests escalated as residents blocked access to mine workers headed for their jobs, and then attacked a police post and set fire to a security forces vehicle. Reuters reports that Guinean forces opened fire on protesters who are frustrated by the impact of the mining operations.

The United States embassy in Conakry said it had “received reports of demonstrations and roadblocks in Boke Region relating to the lack of electricity,” and urged people to avoid travel in the area.

It’s not just the lack of electricity, though. The Boke region is home to about a fourth of the world’s known bauxite reserves, and companies like the  bauxite mining consortium that includes Chinese aluminium titan Hongqiao Group, as well as partners from Singapore and Guinea. They have plans to reach 30 million tons in production this year.

Yet the SBM consortium and other Boke mining firms are viewed as the cause of environmental damage harming Guineans while failing to deliver on better living standards and quality of life. The power cuts, along with the bauxite dust and the damage to water resources, outrage local communities where residents were assured that mining would create jobs and wealth for Guinea.

Following similar riots in April, President Alpha Condé stressed that Guinea places a priority on its bauxite mines and will soon require companies meeting ore extraction thresholds to build their alumina plants in Guinea too.