Home>News>American TV drama upsets Algerians with portrayal of their country
By AT editor - 17 September 2017 at 4:59 am 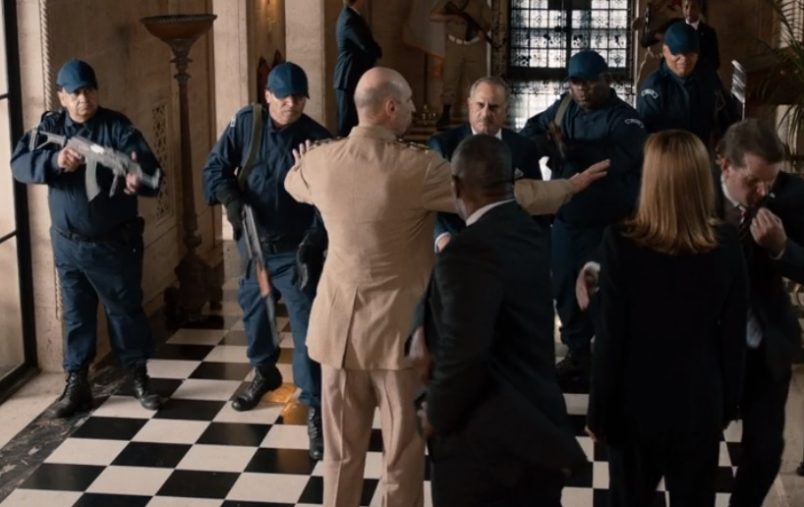 A popular American television show has upset many Algerians because of its cliché-driven portrayal of the North African nation, one they see as negative no matter how fictional the drama.

The “Madam Secretary” series stars Téa Leoni as Elizabeth McCord, a former CIA analyst who serves as the United States Secretary of State following an appointment by Conrad Dalton, the American president in the show. In its third season – it’s now near to beginning the fourth – the show featured an international diplomacy crisis involving Algeria. It begins with militants destroying art and antiquities in the fictional Musee du Tuareg in Tamanransett and escalates quickly to the threat of American military intervention.

From there begins a mission to “save Algeria” through regime change orchestrated by American diplomats, all destined to remove an unstable Algerian president with 11 wives and a mistress who is dismissively compared with McCord’s difficult teenagers. Amid the execution of enemies, the threat of Islamic extremists and an impending civil war, “Madam Secretary” travels to Algiers to ensure the president is replaced. The Algerian leader later is tried at the International Criminal Court in The Hague.

The show has seen renewed attention, but the suspense and drama of “chaos in Algeria” didn’t sit well with Algerians who saw their country compared unfavorably with Libya and framed as a threat to European security.

“In the imagination of American screenwriters, our country is on the brink of explosion because of a ‘terrorist force,’” wrote one social media user among many. “In short, all the ingredients are combined to make Algeria a dangerous and infernal country. An image that contrasts paradoxically with that of a stable, calm and peaceful country that tries to defend our diplomacy in international institutions.”

To view the episode, see the CBS program link here.