Home>News>Malawi begins UNGA with proof its flag in New York is flown right
By AT editor - 17 September 2017 at 9:35 pm 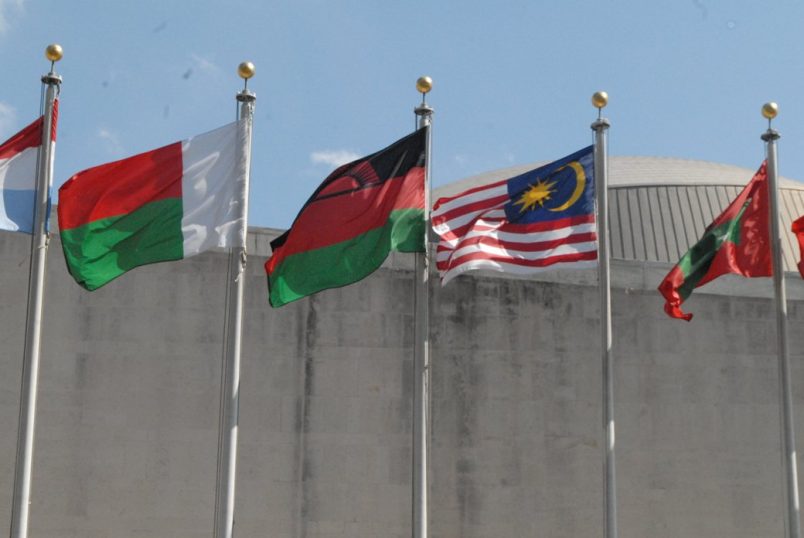 As African leaders gather in New York City for the United Nations General Assembly, the Government of Malawi announced the arrival of President Peter Mutharika at the annual session – but it wasn’t the only thing at the UN that Malawian officials wanted to call attention to.

The government’s Malawi News Agency shared an image Sunday of the country’s flag, flown correctly, outside the UN headquarters. The photo by Macneil Kalowekamo was shared on Twitter after other images of the flag flown upside down circulated on social media, drawing a range of responses from sharp-eyed citizens who wondered how that happened and if the wrong-way flag photos were real. 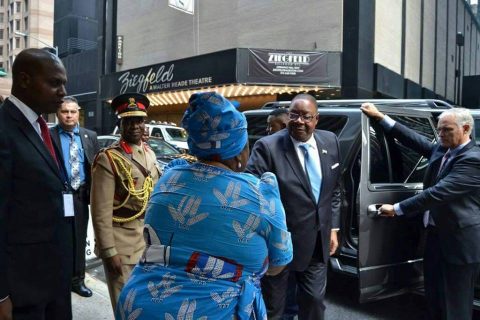 According to Malawi 24, the first image of unknown provenance got lots of reaction both from people who took it seriously and those who saw some humor in it. “Where is our ambassador at UN? This error could be sorted out by our embassy officials before the opening of UN general assembly,” said one person responding on Facebook.

“It is a minor problem, but our seriousness is required.”

Some Malawians took offense, while others shrugged it off as just a mistake. Many of them saw it as a metaphor for the state of the country and said so in wry remarks. A few questioned whether the image was real, and rightly enough wondered when or where it had been taken if in fact it was at the UN headquarters.

Fortunately, Malawi put the matter to rest with the state news photo, and moved ahead to the more serious matters to be addressed at UNGA. The official dialogue begins September 23, although a number of meetings on the margins began last week.

To follow UNGA news specific to Malawi and other African nations, check this link.