Home>News>Sudan's Ghandour meets with U.S. officials to discuss sanctions
By AT editor - 17 September 2017 at 6:46 am 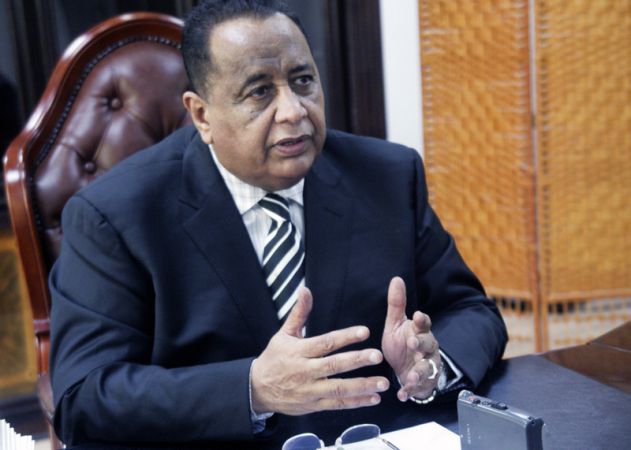 Sudanese Foreign Minister Ibrahim Ghandour, headed for the United Nations General Assembly in New York, has made a stop in Washington D.C. first to discuss U.S. sanctions imposed on Khartoum.

Ghandour met with U.S. Deputy Secretary of State John Sullivan last week, as well as Mark Green, the head of USAID. Green visited Darfur – a barrier to lifting sanctions on human rights grounds – in late August to assess Sudan’s progress ahead of a delayed October 12 deadline for a U.S. decision on sanctions.

The Sudanese minister stressed his country’s commitment to cooperating on North Korea, as well as continuing its role with the U.S. on regional counterterrorism, the Sudan Tribune reports. Ghandour also said religious freedom and human rights are Sudanese values protected by the country’s constitution, a statement at odds with a 2016 Amnesty International report alleging the use of chemical weapons in Darfur.

He also met with Marshall Billingslea, the U.S. Assistant Secretary of Treasury for Terrorist Financing, as well as other American government leaders and Sudanese activists.

Sudan has been under U.S. economic sanctions for almost 20 years, and has remained on the list of state sponsors of terror since 1993. The conflict in Darfur and human rights violations in other parts of the country have twice led to tighter restrictions since 2003.

Former President Barack Obama lifted some economic sanctions on Sudan before leaving office in January, allowing U.S. firms to now trade with Sudan, but there’s been little motion since Donald Trump took office. Despite Khartoum’s optimism about working with the new administration, the U.S. postponed a July decision on Sudan for three months.

While there are indications of progress, some advocates call for the U.S. to continue targeted sanctions. “Without this leverage, there is little reason to believe that the Bashir regime will make meaningful concessions toward lasting peace or that the United States will achieve important national security objectives,” said the Enough Project in a statement on recommendations.