Home>News>UN wants answers after dozens of Burundi refugees killed in DRC
By AT editor - 17 September 2017 at 7:36 am 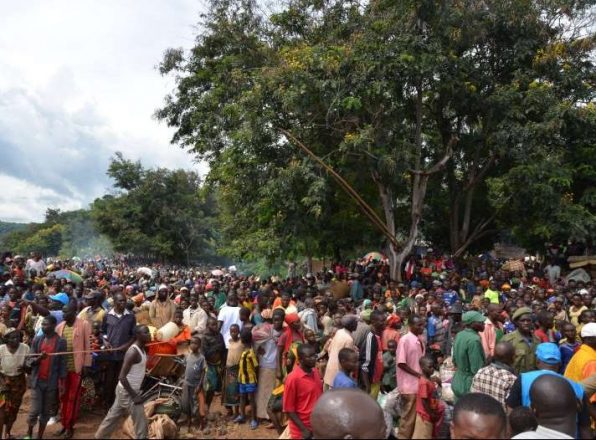 The United Nations refugee agency said it was “shocked and saddened” by the news that at least three dozen refugees and asylum seekers from Burundi were killed in Democratic Republic of Congo on Friday.

The UN High Commissioner for Refugees (UNHCR) called for an investigation into the incident in Kamanyola, a town in the troubled South Kivu region in the eastern part of the country, where Congolese security forces opened fire on a crowd of protesters. It is home to about 2,000 Burundian refugees who have lived there since 2015, among more than 43,000 who are living in the DR Congo.

“UNHCR and its partners have sent teams to Kamanyola, including medical staff, to treat the injured,” the agency said in a statement.

At least 37 people died, including one Congolese officer, and 117 were injured when the Burundians protested after four of them were expelled by local authorities, according to a statement issued by MONUSCO, the U.N. stabilization mission for DR Congo. The group began throwing stones at the security forces during the confrontation.

“One FARDC (Congolese army) officer was killed in the clash, which led to the escalation of violence. Congolese defense and security forces allegedly responded through indiscriminate firing on the protestors,” said MONUSCO.

Maman Sidikou, head of MONUSCO and the UN special representative for Congo, also called for an immediate investigation while appealing for restraint from Congolese forces.

Thousands have fled Burundi amid the violence and political turmoil after President Pierre Nkurunziza announced he was seeking a third term in 2015, in violation of the country’s constitution. There are more than 400,000 refugees and internally displaced people living in Tanzania, Uganda and Rwanda as well as DR Congo.