Home>Commentary>Ethiopia promises to quash its new crisis, but at what cost this time?
By Laureen Fagan - 18 September 2017 at 8:45 am 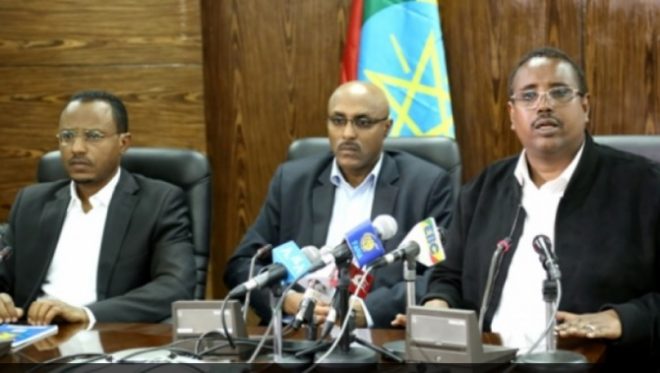 Ethiopia lifted a 10-month state of emergency in August, but it hasn’t taken long for its government to move from one crisis to the next. Dozens of people are reported dead as the Oromo community and the ethnic Somali of Ogaden blame each other for last week’s escalation of violence along a disputed territorial border. Some 200 people have been detained in Oromia, mostly in Awaday at the center of the conflict, and “maybe hundreds” more, said Ethiopian communications minister Negeri Lencho on Sunday.

Estimates of how many people are displaced by the chaos vary wildly, with some counts as low as 600 earlier in the week to a report Saturday of fleeing crowds that mushroomed to 50,000. As the region’s Somali population began a week of mourning on Friday, the federal government said it was deploying troops to the area in the Horn of Africa nation’s volatile, drought-stricken southeast.

On Sunday, Prime Minister Hailemariam Desalegn called on the leaders of the respective communities, and their tribal and religious elders, to align with the Ethiopian government to re-establish order and resolve the conflict. Hailemariam described steps to ensure security, including troops to patrol roads that cross through both territories. The Ethiopian military plans to seize weapons in the area and arrest those responsible, the government’s Ethiopian News Agency (ENA) said.

“Regarding media outlets, which disseminate information that add fuel to the fire, the Premier said the government will take measures,” the ENA reported. The government also says it is sending members of the Ethiopian Human Rights Commission to the region to investigate human rights violations, which is likely to offer little comfort to either of the affected communities – or to international observers who questioned the commission’s recent report on the Oromo and have been denied access to the country.

A slow-motion crisis in the shadows

At another emergency meeting, Oromia regional president Lemma Megersa, left, and Ogaden region leader Abdi Mohamed Omar, right, appeared with Ethiopian minister Kebede Chane to confirm they would work together to resolve the crisis. While the two leaders said last week’s incident does not represent their people or values, and vowed to resolve their differences peacefully, Kebede described the attack at Awaday as “a conspiracy against the federal system” instead of a local matter.

It’s the kind of response that some Ethiopian observers say they expect, because there’s such a long history of the country’s ruling elite pitting one ethnic or tribal group – there are 80 in the country – against another. By fueling regional conflicts, those in power tighten their grip on the nation as a whole. Others welcome federal intervention in the semi-autonomous regions and wonder what took so long.

That history is at the heart of what’s happening at the Oromia-Ogaden border, and another reactive Ethiopian crackdown isn’t a solution for resolving their disputes. Both of the ethnic groups resent the ruling Ethiopian People’s Revolutionary Democratic Front (EPRDF), dominated by ethnic Tigray elites who, although they make up just six percent of the population concentrated in a northern area long the Eritrean border, have maintained tight-fisted control since a 1991 rise to power.

Both the Oromo and the much smaller ethnic Somali populations, as well as their political organizations, have suffered under the Ethiopian regime. That reality is made more visible to the international community by Oromo protests that began in 2014 over land acquisition near Addis Ababa, swelled in volatility until the October 2016 Irreecha massacre, and were met with mass arrests and repression under the newly lifted state of emergency.

Those arrests include Merera Gudina, an academic and head of the Oromo Federalist Congress who is still detained on charges of terrorism related to violating the emergency laws. In late August, Abdikarim Muse of the Ogaden National Liberation Front (ONLF) was handed over to Ethiopian agents in Mogadishu, also prompting renewed outrage at both the EPRDF and Somali government.

What’s the real cause of conflict?

As for the land dispute, an as-yet unrealized deal was reached on the borders in 2004, and Ethiopian officials brokered a peace agreement in April meant to bring stability to the increasingly troubled region. Yet Negeri has said the Awaday incident, which followed months of often-fatal clashes this year, wasn’t caused by a border dispute. His comments echo Hailemariam’s remarks to parliament in spring, when the prime minister characterized the crisis as neither ethnic nor resource-driven, but rather a problem of militias and police forces operating in the region who answer to their territorial government leaders.

High on that list are the merciless liyu special police operating from Ethiopia’s Somali territory. They’ve been in place since 2007, following an attack on Chinese oil operations that left more than 80 people dead, most of them Ethiopian soldiers. The Somali regional president was once their leader, and they were meant to serve as a counterterrorism force. That role, supported by the Ethiopian government, has evolved to become a source of terror itself, according to victims and witnesses in both Oromia and Ogaden.

In April, Human Rights Watch documented human rights violations at the hands of the liyu and pressed for an independent investigation by international experts. Ethiopia has not permitted access and, based on what Hailemariam announced at the weekend, that’s not likely to happen soon. As Ethiopian defense and security forces move to restore order among the Oromo and their ethnic Somali neighbors, the mass arrests and reported human rights violations that marked the last crackdown, and the one before that, are tragic patterns likely to repeat themselves under the pretext of security.

What Ethiopian officials need to know is that this time, the world is watching – and the legitimate premise of ending the regional violence won’t serve as a plausible excuse to leverage the opportunity for even more repression.