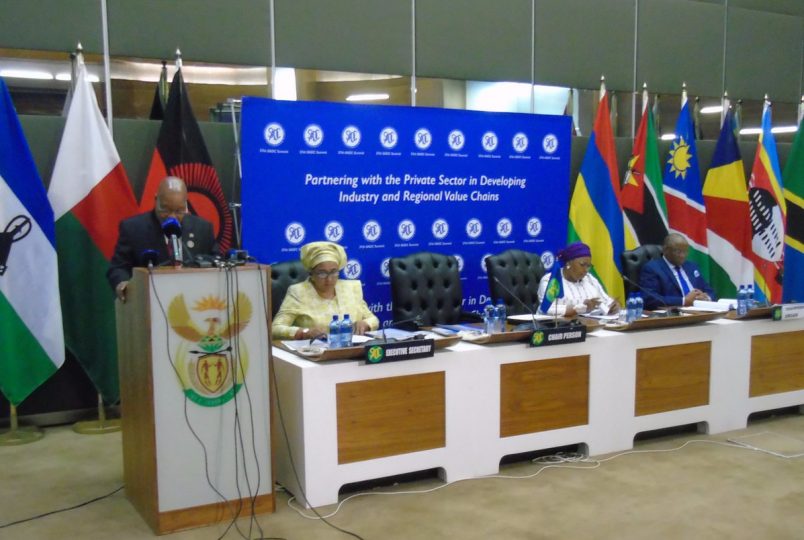 The Southern African Development Community’s has decided to send 1,000 military, police and other personnel to stabilize the political situation in Lesotho, an effort expected to cost an estimated USD$6.7 million.

Most of the budget for a mission approved Friday is devoted to security forces, while about 13 percent will fund military and police advisers along with three SADC officials, according to local media.

The emergency summit in Pretoria was attended by South Africa’s President Jacob Zuma; the SADC representative and deputy South African president Cyril Ramaphosa; King Mswati III of Swaziland, and leaders from Angola, Namibia, Tanzania and Zambia in addition to Lethoso.

The SADC decision follows the September 5 assassination of Lt. Gen. Khoantle Motšomotšothe, the former commander of Lesotho Defence Force (LDF). He was shot following a struggle with two rival officers who were killed by security forces during the attack. The same officers, Tefo Hashatsi and Bulane Sechele, were implicated in the 2015 death of previous military chief Maaparankoe Mahao, who was closely aligned with then-and-current Prime Minister Tom Thabane.

The death of Motšomotšothe has left the historically troubled Lesotho more tense, even as Thabane has said the kingdom is under control and its leaders will press on toward SADC-mandated reform goals.

An SADC fact-finding mission earlier this month followed the LDF incident and informed the decisions made at Friday’s summit. That mission report noted “the volatile security situation and its implications for the political stability of the Kingdom of Lesotho” and described the “urgent need to assist the Kingdom of Lesotho in restoring law and order,” according to the SADC.