Home>News>Botswana: Nine elephants electrocuted while seeking water
By AT editor - 20 September 2017 at 8:51 am 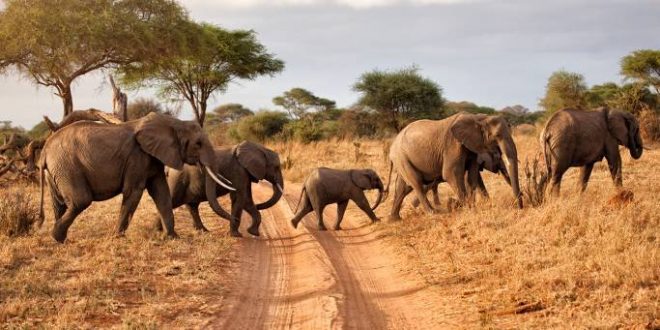 In Botswana, nine elephants have died from electrocution that happened when they were trying to reach a pond, but accidentally knocked down a utility pole while trying to get past it to get to the water.

Authorities with the Botswana Power Corporation (BPC) say they went to the Dukwi community in the eastern part of the country on Monday to investigate intermittent outages reported by the company’s water utilities, which are served by a 33kV power line there.

Sadly, they found eight elephants had been electrocuted when they came in contact with sagging power lines that had dropped to between 1.5 and 3 meters from ground level. The ninth elephant was alive when the BPC crews first got there, but died as they tried to save its life by shutting off the power line.

“The elephants are suspected to have tried to walk through the strut pole – two poles erected alongside each other connected at the top with a steel bracket forming a shape of a cone – on their way to access the water pond which was about five meters away,” the company said in a statement released by the Botswana government.

When the elephants tried to pass through the strut pole, BPC said, they accidentally uprooted and broke it, twisting the steel bracket that holds it together and knocking the voltage lines down with it.

BPC said it regrets the incident, and has been working with Botswana’s wildlife agencies to ensure the elephants were safely removed without any further risk to people or wildlife.