Home>News>Kenya's chief justice condemns threats over election decision
By AT editor - 20 September 2017 at 4:49 am 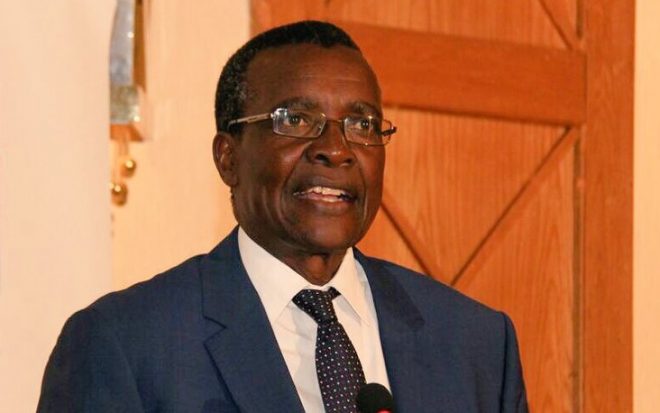 Amid the contentious political climate in Kenya, the country’s chief justice has issued a remarkable statement defending the role of an independent judiciary – one that ruled to overturn the results of the nation’s August 8 presidential election, and expects to be protected from threats and intimidation.

The statement comes as the court is expected to deliver a complete ruling Wednesday on why it annulled a decision that gave President Uhuru Kenyatta and the Jubilee Party a victory over main political opposition candidate Raila Odinga.

With new elections set for October 17, tensions have escalated over the country’s Independent Electoral and Boundaries Commission (IEBC) leadership and staff, the preparedness level for a new vote, threats from Odinga’s Nasa party to boycott the election – and the hostility toward Chief Justice David Maraga and his court.

Maraga said that justices are “prepared to pay the ultimate price” in order to protect the sovereign power of Kenyan voters, the country’s constitution and the rule of law. The statement follows days of protests, including rallies by Kenyatta supporters broken up with teargas on Tuesday, and other incidents specifically targeting the courts.

Judges, particularly those of the Supreme Court, “have been attacked, threatened and negatively profiled on social media,” Maraga said. “Senior political leaders have also threatened the judiciary promising ‘to cut it down to size’ and ‘teach us a lesson.’”

He described the threats as savage rather than merely illegal, and registered disappointment over how Kenya’s Inspector General of Police is ignoring the judiciary’s concern for safety. “If leaders are tired of having a strong and independent judiciary,” he added, “they should call a referendum and abolish it altogether.” Until then, however, Maraga promises that the judges will continue to uphold the office.

Kenyatta referred to the justices as “thugs” immediately after the September 1 ruling, and his supporters have remained hostile. Odinga refused to accept the results from the beginning, as IEBC announced a Jubilee win with Kenyatta receiving 8.2 million votes, or 54 percent, to the Nasa candidate’s 6.8 million.