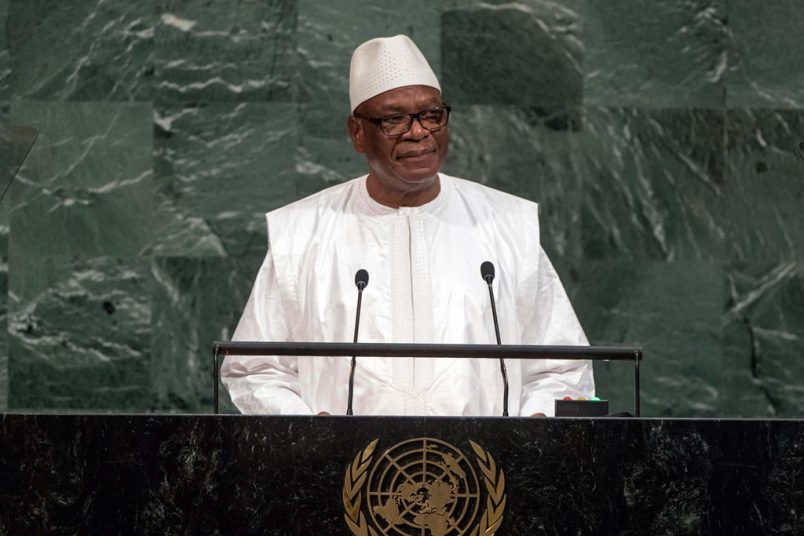 United Nations Secretary General Antonio Gutteres urged the international community to support the regional G5 Sahel Joint Force in northwest Africa, while warning that the window of opportunity for bringing stability to Mali was slowly narrowing.

Guterres, speaking at a ministerial meeting at UN headquarters Wednesday, said delays in implementing provisions of the peace agreement, along with security sector reform, were cause for concern along with the uneven results of municipal elections held last year. He also noted that positive steps taken still have not yielded results for Malians, especially among women and youth.

“We meet less than a year before the next presidential election,” he said, urging Mali to make the most of an opportunity to show the world they are committed to peace and the rule of law. He welcomed the encouraging sign of a new ceasefire agreement, but said that “trust was being tested.”

Mali’s President Ibrahim Boubacar Keita, speaking before the UN General Assembly on Tuesday, also appealed for support for the G5 Sahel Force, which is ready to deploy its first joint force in October. The force also will draw from Burkina Faso, Mauritania, Niger and Chad for counterterrorism, human trafficking and drug interdiction efforts. It will complement other forces in the region, including a MINUSMA mission that currently has 12,000 uniformed personnel deployed.

The force will need significant financial backing to fund a first-year budget of €423 million. The G5 states have contributed to a total of €108 million through August, including the European Union’s €50 million contribution announced in June.

France announced an €8 million commitment for this year as President Emmanuel Macron attended the launch of the G5 Sahel force in Bamako on July 2.

The force, welcomed by the UN Security Council in a June resolution, will include 5,000 troops drawn from the G5 Sahel nations to begin along the Mali-Niger-Burkina Faso border. A force of up to 10,000 military and security personnel is envisioned.