Home>News>UN group to Kabila: Publish a DR Congo electoral calendar
By AT editor - 22 September 2017 at 1:39 am 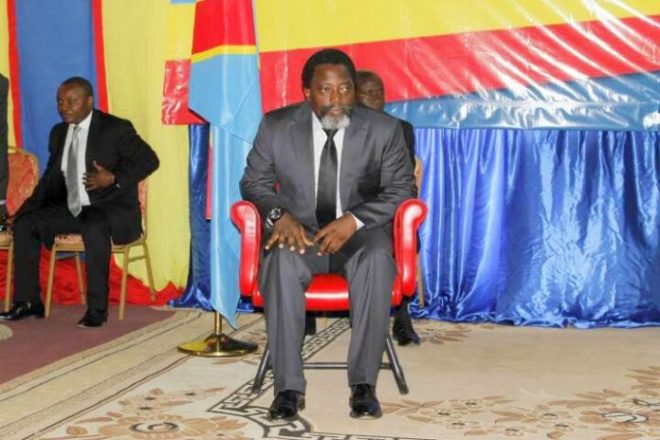 President Joseph Kabila, whose term as president of Democratic Republic of Congo expired last December, shows no signs of moving toward the delayed presidential elections he has refused to hold.

He has shrugged off any commitment to a December 31 power-sharing deal with the country’s Rassemblement political opposition coalition, one designed to pave the way for new elections, and has refused to rule out another term for himself despite the country’s two-term constitutional limit.

Yet there’s renewed international pressure for DR Congo to move forward with those elections. At a meeting this week on the margins of the United Nations General Assembly, key stakeholders – including representatives of the five nations holding permanent seats on the UN Security Council – met to try and get the process back on track.

“Participants reaffirmed the centrality of the 31 December 2016 agreement and the necessity for its full implementation to pave the way for the timely holding of free, fair, peaceful and credible elections in Democratic Republic of the Congo,” the UN said in a summary statement. The meeting called for Congolese officials to publish an electoral calendar and a budget for completing the commitment.

“The meeting takes note of the repeated commitment by the authorities of the Democratic Republic of the Congo authorities to fund the upcoming electoral cycle, despite the budgetary difficulties facing by the Government,” they added, addressing the financial excuse for not planning elections that Kabila and his administration have trotted out across the year.

The meeting was attended by, among others, representatives of the African Union, the Southern African Development Community (SADC) and the European Union.

Opposition politicians Felix Tshisekedi and Moise Katumbi also were in New York to make a plea for a transition that moves forward without Kabila.

A copy of the Union for Democracy and Social Progress party’s document submitted to the UN in support of that vision, and offering a roadmap for achieving it, is available at this link.