Home>News>Harvard DNA study offers new insights on African genetic history
By AT editor - 24 September 2017 at 6:46 am 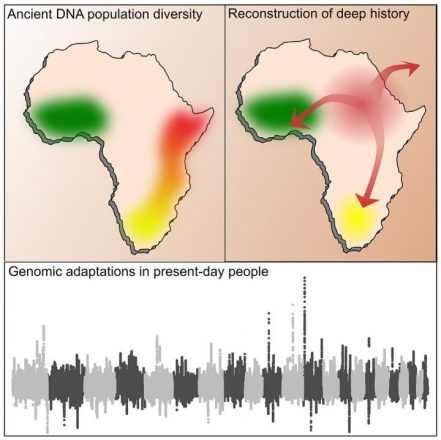 Scientists who studied the ancient DNA of 15 Africans and compared it with living people say they’ve been able to reconstruct migration patterns across the continent and understand the prehistory of humans dating back thousands of years.

A Harvard Medical School team led by senior author David Reich has published their research in the journal Cell after sequencing the genomes of people who lived in modern-day South Africa’s western Cape, as well as parts of Malawi, Tanzania, Kenya and elsewhere. They combined the data with existing ancient DNA results from Ethiopia, and then looked at 584 Africans from 59 different populations who are alive today.

“These results document a prehistoric population landscape that we didn’t know about,” said Pontus Skoglund of Harvard. “They document how farmer and herder migrations swept through eastern and southern Africa and how adaptation in southern African populations has been ongoing.”

They found that among populations related to the indigenous people of southern Africa, the DNA showed their genetic contribution in about two-thirds of Malawi hunter-gatherers and a third of those in Tanzania who lived at least 1,400 years ago and up to 8,100 years ago. By tracing the patterns of herding communities that came before farmers, they found one Tanzanian who contributed to the ancestry of people from northeast to southern Africa.

“Ancient DNA has been able to provide an extraordinary view into human history, mostly on the Eurasian continent,” Reich said. “We are excited to bring ancient DNA to answer questions about African prehistory and were lucky to have colleagues in archaeology who were interested in this as well and had suitable samples.”