Home>News>Spain ups security at Moroccan border, denies island construction
By AT editor - 24 September 2017 at 5:42 am 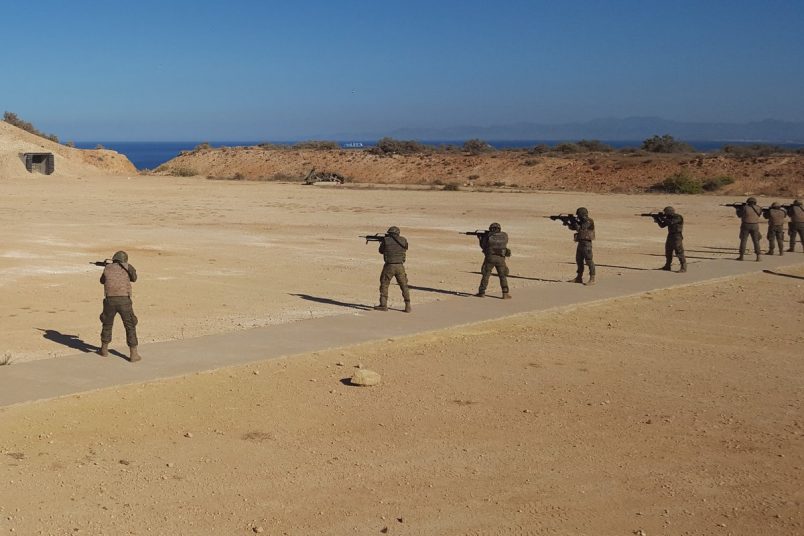 Spain is building a military outpost on Mediterranean islands off the coast of Al Hoceima, according to European and Moroccan media reports, but Spanish authorities deny there is any activity apart from routine operations.

La Vanguardia in Spain, citing the country’s EFE news agency, said last week that there has been a flurry of construction on the twin islands of Tierra and Mar just off the Moroccan coast. The uninhabited land, held by Spain for centuries and near a Spanish military site on Alhucemas, is a sticking point with Morocco.

Spanish news outlets said construction on the island is visible from the Moroccan coast, just 300 meters from the restive Al Hoceima, with frequent helicopter missions captured in images by Moroccan news outlet Le Desk. The islands are a known location on illegal migration routes, similar to the Spanish enclave cities of Ceuta and Melilla on Morocco’s mainland where the number of migrants has spiked this year.

Juan Ignacio Zoido, the Spanish interior minister, said earlier this month that 9,000 people have tried to enter Spain by forcing their way through Ceuta, most from sub-Saharan Africa, compared with just 613 during the same time in 2016.

His country plans to spend USD$16 million to better secure the border fences, a priority particularly after the Barcelona terror attacks in August. Moroccan and Spanish security and intelligence agencies, including Zoido, met two weeks later to discuss improved cooperation and strategy on terrorism.

Developments on Tierra and Mar would seem consistent with those goals, but the Spanish Army is denying any changes there. Authorities in Melilla said they are carrying out routine duties on the Peñón de Vélez de la Gomera and the Chafarinas islands, and denied any construction on Tierra and Mar.