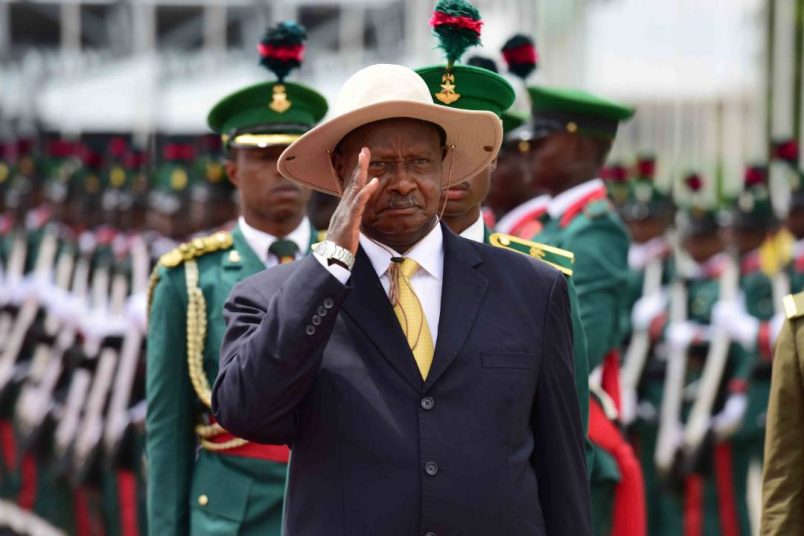 Voters in Uganda support an existing age limit for presidential candidates by a wide margin, according to poll results released by Afrobarometer over the weekend.

The survey teams interviewed 1,200 Ugandans in late December and early January, the Ghana-based organization said. They found that 75 percent of voters favored keeping the upper age limit. That limit is at the heart of a Ugandan political crisis as the nation’s parliament considers removing the constitutionally mandated upper age limit of 75 years. Opponents say the move is calculated to allow longtime ruler President Yoweri Museveni, 73, to seek re-election at the end of his current term.

“Well before the current heated public debate about the presidential age limit,” Afrobarometer said, they asked Ugandans about “a range of proposed electoral reforms. Dropping the existing age limit is the only one that failed to register majority support.”

Support for keeping the age limits is slightly stronger among men than women, and among urban residents when compared with their rural counterparts by about 8 percent. That support was strongest in Kampala, where 90 percent of voters say they want to keep it, and in the central region – but even in the northern region, and among supporters of Museveni’s own National Resistance Movement (NRM) party, only a third of respondents want to see it changed.

Ugandans also appear united across gender, age and educational divides in their support for the age limit, the Afrobarometer results said. The measure to change the age restriction is scheduled for Uganda’s parliament tomorrow, after last week’s meeting was adjourned following disruptions in the legislative chambers and street protests across the country.

Those banned protests continued on Monday, with word that 48 people so far will be charged for protest activities.