Home>African Future>Protests close another school as Swazi education crises continue
By AT editor - 27 September 2017 at 5:16 pm 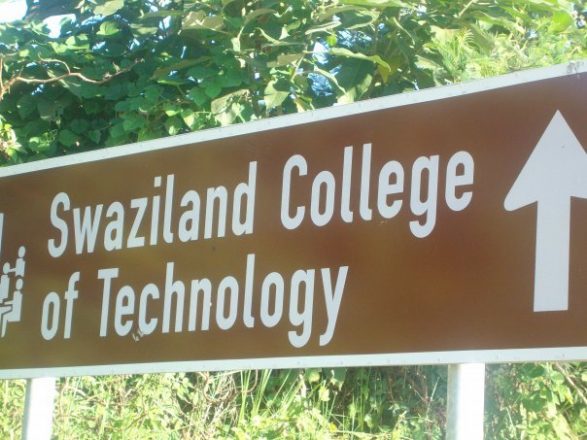 Students at the Swaziland College of Technology (SCOT) were forced to leave campus by armed police Tuesday as protests over unpaid stipends and allowances, and shrinking meal plans, turned violent.

The SCOT campus in Mbabane was closed down as the boycott evolved into vandalism and a school dining hall was looted, local media reports. The leader of the student union, a body accused of collaborating with the administration rather than advocating for SCOT students, was in hiding following threats by the protesters. Students also complained that the student union president, reportedly no longer attending classes there, continues to attend meetings with SCOT officials.

“We addressed the students yesterday before midday and they told us their grievances but unfortunately most of these things aren’t things that we can address today and solve now, so we told them we would take their grievances and work on them,” said Grace Mdluli, head of the vo-tech school. “We then asked them to return to class but instead they ran haywire and vandalized property.”

That’s when the Royal Swaziland Police were called to intervene. The SCOT closure followed clashes at University of Swaziland (UNISWA) three weeks ago – one of many – and is the latest episode in the southern African nation’s chronic challenges to meet student needs and financial commitments at its institutions.

The kingdom’s Higher Education Council recently shut down the Swaziland Christian Medical University (CMU) after withholding funding tied to a requirement that the school change its charter. The council also found CMU classes in pharmacy and related disciplines were not rigorous enough to meet their standards, and a lab equipment shortage left students unable to complete their practical exams – leaving some of them, after four years, unable to graduate.