Home>Finance & Economics>IMF sees ambitious Benin's economic progress in a favorable light
By AT editor - 30 September 2017 at 6:51 am 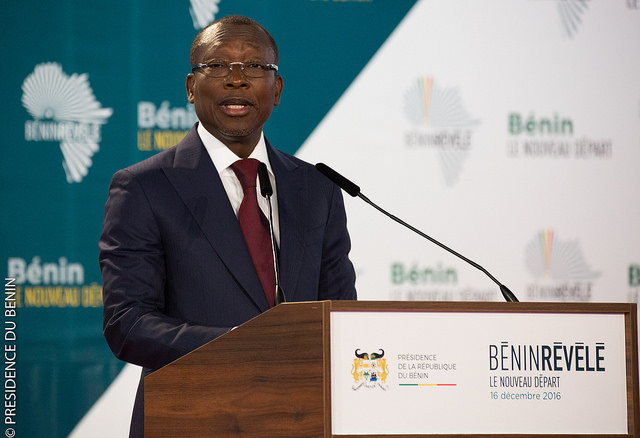 The International Monetary Fund wrapped up a visit to Benin this week, with a generally favorable assessment of the country’s economic progress despite the need for improvement on reducing poverty.

Norbert Toé, the IMF Mission Chief for Benin, led the team in Cotonou to conduct the first review of Benin’s performance under the country’s Extended Credit Facility (ECF) arrangement with the IMF. The IMF approved a three-year, USD$151 million deal for Benin under the ECF program in April.

Toé, who described Benin’s performance as “broadly satisfactory,” met with President Patrice Talon as well as the country’s economic and planning ministers, bank director and other stakeholders.

The IMF said the West African nation’s economic growth is expected to improve to 5.4 percent in 2017 from the 4 percent seen last year, with agricultural production and increased public investment contributing to the positive outlook. Benin also is forecast to reduce its deficit to 1.9 percent of GDP in 2019, which is well below the regional 3 percent level and an improvement from the 7.9 percent peak this year.

“For 2017, better-than-programmed domestic revenue performance and a rigorous spending management are expected to lead to a smaller than programmed budget deficit,” Toé said in a statement. “Nonetheless, the rising burden of domestic debt service requires attention.”

In addition to debt management and tax reforms, the IMF recommended greater efficiency in public investment to support growth while reducing poverty, and a continued commitment to ensuring that resources support social programs for vulnerable Beninese.

Benin announced an ambitious $16 billion development and investment program in December, with plans for 45 major projects in agriculture, infrastructure, the digital economy and other key sectors. Among them is development of the 350-hectare Sèmè City business and tech innovation hub.