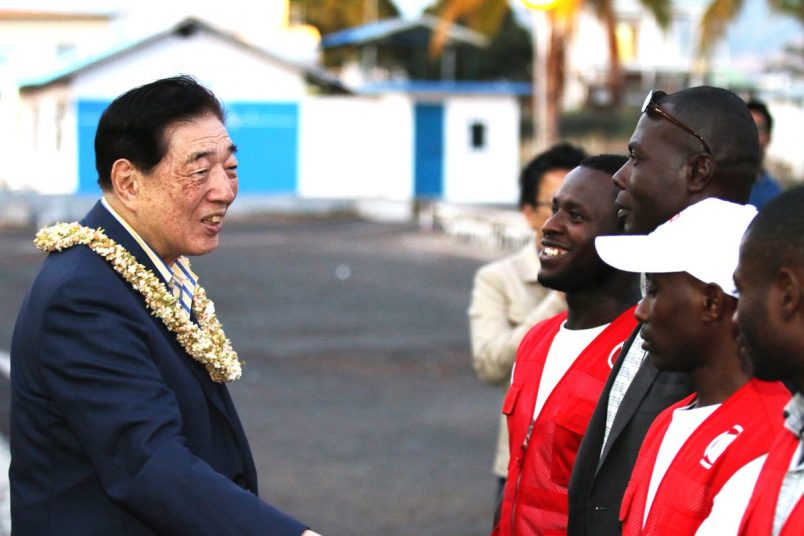 Africa’s island nations in the Indian Ocean are increasingly vulnerable to natural disaster and need to urgently make a priority of their community resilience and preparedness, says the head of the International Federation of Red Cross and Red Crescent Societies (IFRC).

“The devastating humanitarian and economic impact of natural disasters in the Indian Ocean countries will only worsen with time, unless we double down on investments in resilience and preparedness,” said Tadateru Konoé.

The IFRC head’s remarks came during a visit to Comoros this week, where he also met with leaders of the National Red Cross Societies of Mauritius, Seychelles and Madagascar.

Konoé emphasized the need for developing local humanitarian capacity in a world where resources are stretched thin and global humanitarian funding is slowing.

“More efforts should be made to boost domestic resource mobilization, building community resilience, and country-level policy dialogue between governments and local actors such Red Cross and Red Crescent Societies,” he said.

Disasters in the island states are a development challenge, and when they occur present access, communications, logistics and other problems. That’s been the case in the Caribbean Sea in recent weeks, where hard-hit islands devastated by cyclones include Barbuda, Dominica and the U.S. territory of Puerto Rico.

The IFRC said natural disasters in Comoros, Madagascar, Mauritius, Seychelles and on Zanzibar have caused millions in damages. Madagascar is among the most vulnerable nations in the world to impacts from natural disasters, according to World Bank data.

Konoé highlighted the importance of local response on Madagascar during Cyclone Enawo in March, which left 80 people dead and tens of thousands displaced.

The IFRC chief also visited Lesotho on Thursday to assess food security and the impacts of drought there.