Home>News>Moroccan immigrants vote on volatile Catalonia's independence
By AT editor - 2 October 2017 at 7:07 am 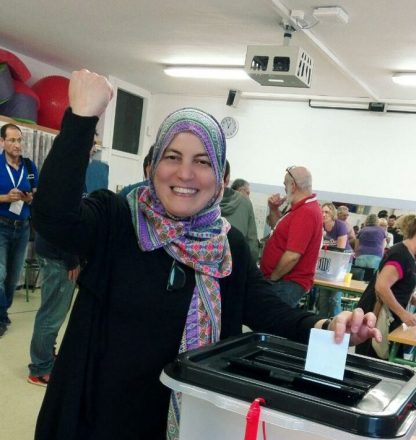 Sunday’s referendum for an independent Catalonia, marked by protests and bloody clashes that left more than 800 people injured, expressed the deeply held aspirations of the Catalan people and a separatist movement that’s been a century in the making.

Authorities say more than 2 million voters chose “yes” for independence, or 90 percent of all votes cast, while just 7.9 percent voted “no” and want to remain a part of Spain. The “illegal referendum” was dismissed by Spanish Prime Minister Mariano Rajoy, who defended the actions of riot police who shut down polling places and used force against voters and protesters.

Carlos Puigdemont, the current president of the Catalonia government, countered that the people had spoken and earned the right to an independent state.

Yet in today’s Catalonia, an autonomous region of northeastern Spain along the border with France, the independent identity isn’t entirely traditional Catalan. Included among the 7.5 million people who live there are about 1 million immigrants, many of them Moroccan, who make up the fifth-largest group of foreign-born residents living in the main city of Barcelona.

Fatima Taleb, a Moroccan-born city council member for the seaside community of Badalona, voted in favor of the referendum. She campaigned for it on a message of diversity and inclusion protected by an independent Catalonia, in alignment with Guanyem Badalona en Comú and its progressive-left coalition partners. The Candidatura d’Unitat Popular (CUP) party has strongly supported the “hirak” movement in Al Hoceima and the wider Rif region, with a message of solidarity rooted in the Catalan cause.

Mohamed Chaib, a former MP who was the first Moroccan to serve in the Catalonia parliament, said he advocates a political solution and disagreed with the unilateral referendum process. Whatever the outcome, Moroccans – and Morocco – have a stake in the future of Spain.