Home>News>Report: Former ICC chief linked to Libyan oil king, Gaddafi and Haftar ally
By AT editor - 2 October 2017 at 7:09 am 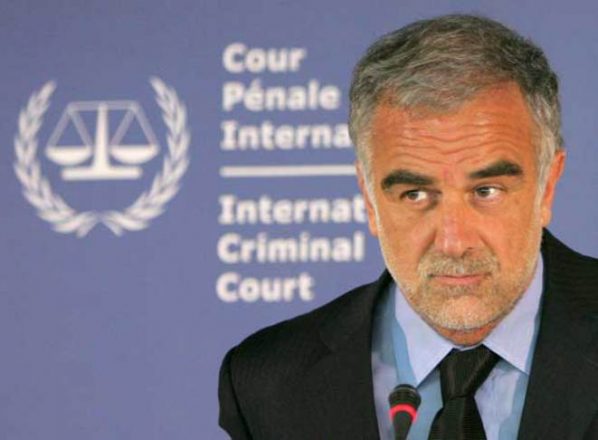 A former chief prosecutor for the International Criminal Court (ICC) is under scrutiny for, among other things, his alleged role in supporting a wealthy client connected with potential war crimes in Libya.

Luis Moreno Ocampo, a 65-year-old Argentinian lawyer who became the first ICC prosecutor in 2003, is the subject of comprehensive reporting from the European Investigations Collaborative (EIC). Some 20 journalists from 11 countries in Africa and Europe are working on the “Court Secrets” project, a series the investigative reporters began publishing last week.

The exploration of Ocampo and his ties – including connections to a close associate of controversial military leader Khalifa Haftar, the head of the Libyan National Army – is based on more than 40,000 documents, financial records, diplomatic correspondence and public records obtained by Mediapart in France.

Ocampo remained in the ICC position until 2012, pursuing high-profile cases that included President Uhuru Kenyatta of Kenya, President Omar Al-Bashir of Sudan, Joseph Kony of the Lord’s Resistance Army and, at the heart of this investigation, Libya’s late leader, Muammar Gaddafi.

What the international team found is that although Ocampo was once responsible for pursuing those genocide and war crimes cases, his own network included a client who may have supported Libyan war crimes – directly in conflict with the ICC mission – while Ocampo accumulated wealth in offshore accounts and tax havens.

The EIC investigation alleges that Ocampo took a lucrative adviser role with Libyan oil billionaire Hassan Tatanaki, a close Haftar ally, that began in 2015. Emails and other records suggest attempts to shield his client, including one that explicitly urges the development “of a comprehensive plan to ensure that Hassan and the forces he is supporting are not the target of ICC prosecutions.”

Ocampo, speaking with German media outlet and project partner Der Spiegel last week, has denied any wrongdoing. Tatanaki has not responded to requests for information from the EIC reporting team. Fatou Bensouda, the current ICC chief prosecutor, said her office would look into “serious allegations” involving current ICC staff who may have cooperated with Ocampo and Tatanaki in ways that constitute a “breach of duty.”

EIC partners say more details about Ocampo’s dealings will be revealed in forthcoming segments. For an overview of “Court Secrets” and what’s been published so far, see the EIC link.

A timeline of key figures and developments reported by the EIC project is available from The Times here.