Home>News>Cameroon: Anglophone journalists want end to 'hate speech' on TV news
By AT editor - 3 October 2017 at 3:24 am 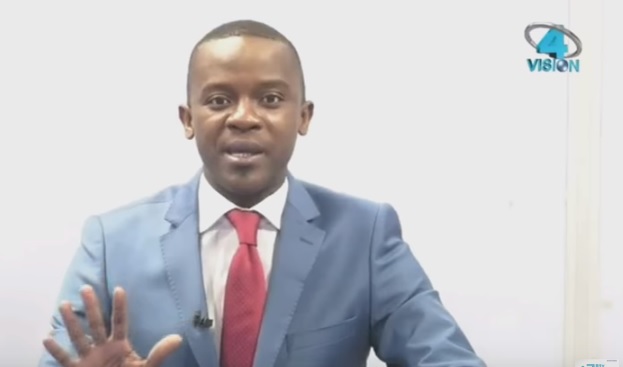 In troubled Cameroon, where the government is disputing a death toll of 17 in weekend protests as reported by Amnesty International, a new appeal has emerged – this time from Anglophone journalists complaining of hate speech directed at their communities by their own colleague at Vision 4.

Some 45 media professionals signed a petition to the National Communication Council on Monday asking that they call television host Ernest Obama and “all other preachers of hate and profane doctrine to order.”

The letter, shared on social media, included an excerpt of remarks attributed to Obama that called on Cameroonian authorities to “stop playing with these people,” treat them as terrorists and put in place “extremely repressive measures” to put an end to Anglophone activism. “If it is necessary to restore order and if you are considered a terrorist, you should be killed,” the presenter was quoted as saying in the complaint. 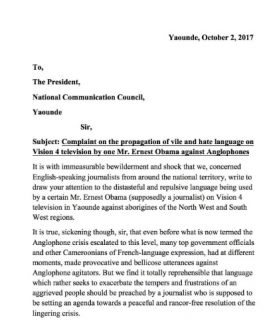 Obama has a history of similar remarks directed at Anglophone communities, including a July appeal to arrest those who make insulting social media posts. His call for people in Anglophone regions to be rounded up came in the wake of deadly protests in late September.

He has issued a tepid on-air apology for his remarks but the Anglophone journalists, far more concerned about the potential for speech to incite violence – and painfully aware of the Cameroon government’s recent efforts at silencing dissent among Anglophones – warned of the history that supremacist speech and “slur language” have in fanning flames that have led to genocide.