Home>Health>New study finds smokers' switch to vaping could improve health outcomes
By AT editor - 3 October 2017 at 4:49 am 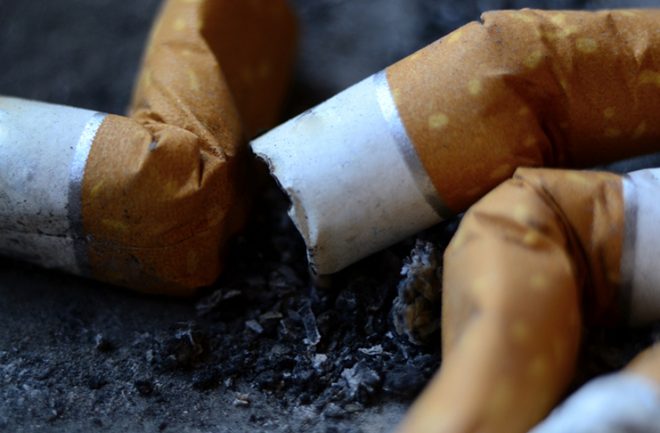 The use of e-cigarettes has seen its share of controversy in South Africa  – almost everywhere, in fact – but a just-released study delivers some surprising news on the potential benefits for tobacco users who take up vaping instead of smoking.

Researchers from the United States and Australia, led by the Georgetown University-affiliated Lombardi Cancer Center, found that up to 6.6 million smokers will live longer lives if vaping replaced cigarettes over a 10-year period. Their work was published Monday in the journal Tobacco Control.

Lead study author Dr. David Levy said the research, which considered variables that included harm from e-cigarettes themselves, said it was the first study to model public health outcomes if vaping were adopted as an alternative. The study “supports a policy strategy that encourages replacing cigarette smoking with vaping to yield substantial life year gains,” he said.

The authors note that some public health experts and officials fear that vaping will encourage smoking, serving as a gateway to cigarette smoking or an adjunct for smokers who never really kick the habit. Yet Levy points out that the most solid and up-to-date research shows that e-cigarettes can help smokers to quit cigarettes while exposing them to just a small percentage of the toxins found in cigarette smoke.

“In addition, there would be tremendous health benefits including reduced disease disability to smokers, reduced pain and suffering, and reduced exposure to second hand smoke,” Levy says. “Even the gloomiest analysis shows a significant gain in years of life if nicotine is obtained from vaping instead of much more deadly amount of toxicants inhaled with cigarette smoke.”

While the study modeled a range of scenarios based on United States smokers, other countries are shifting their tobacco control strategies to include vaping as a smoking cessation aid. That’s true in Britain, where public health officials don’t endorse their use and the NHS won’t prescribe them, but this month’s annual “Stoptober” campaign will feature them in ads for the first time.

That’s because during last year’s effort, vaping was the most popular tool among people trying to quit. Scotland’s public health officials recently came out for the first time with a clear message that vaping is less harmful than smoking, but it won’t help if you still smoke the cigarettes.