Home>News>India's Kovind begins state visits to Djibouti, Ethiopia
By AT editor - 4 October 2017 at 1:28 am 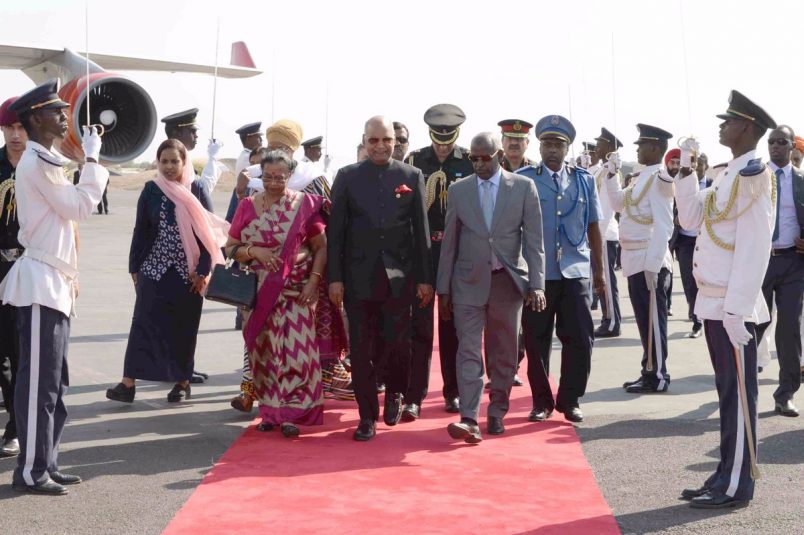 Indian President Ram Nath Kovind began a state visit to Djibouti on Tuesday, his first such trip since taking office in July and the first such high-level meeting since diplomatic relations were established between the two countries.

Kovind was welcomed on his arrival by Prime Minister Abdoulkader Kamil Mohamed, before making stops that included a visit to the Indian community living in Djibouti. Kovind’s remarks reflected India’s keen interest in the “collaboration opportunities” that Narendra Modi’s government has advanced in recent years.

“Africa is chosen as the first destination of President’s overseas visit and that is actually an index of the importance that is attached to African Continent by the current government,” said Neena Malhotra, the secretary for East and Southern Africa in India’s Ministry of External Affairs, ahead of Kovind’s trip.

Kovind plans to meet with President Ismail Omar Guelleh to discuss trade and other key issues with the potential to help establish a stronger Indian presence on the African continent, as Modi seeks to extend influence particularly in the crowded Horn of Africa neighborhood that Djibouti and adjacent Somalia have become.

Kovind will continue on to Ethiopia after completing his Djibouti visit. He is expected to meet with President Mulatu Teshome to discuss bilateral relations across a range of topics.