Home>LEADERS & COMPANIES>Hilton to invest $50 million in hotels through African Growth Initiative
By AT editor - 5 October 2017 at 5:57 pm 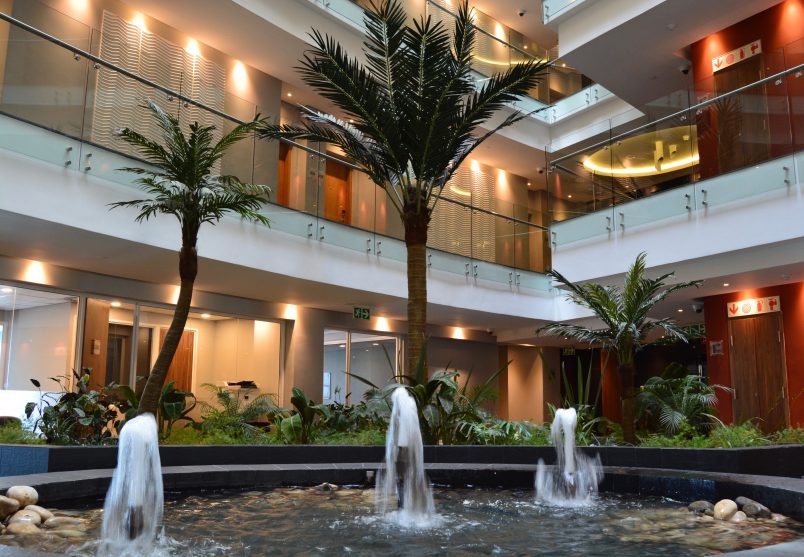 The Hilton hotel chain has announced a $50 million investment to expand and upgrade some 100 hotels across sub-Saharan Africa over the next five years, beginning with two DoubleTree-branded properties in Nairobi, Kenya, and Kigali, Rwanda.

The Hilton African Growth Initiative seeks to build on the 19 existing properties in Africa operated by the global hotel firm, with another 29 in the pipeline, the company said in a statement.

The Amber Hotel on Ngong Road in Nairobi, a 109-room facility that launched in 2016, will become the DoubleTree by Hilton Nairobi Hurlingham following a series of renovations. The completed work is expected by the end of the year and the hotel will operate under the existing franchise agreement.

In Kigali, the 153-room Ubumwe Grande Hotel in the downtown business district will become the  DoubleTree by Hilton Kigali City Centre in 2018. The franchised property opened in September 2016 with 134 guest rooms and 19 apartments, and will rebrand as Hilton’s first property in Rwanda.

“Hilton remains committed to growth in Africa having been present on the continent for more than 50 years,” said Patrick Fitzgibbon, the senior vice president of development for the region. “The model of converting existing hotels into Hilton branded properties has proved highly successful in a variety of markets and we expect to see great opportunities to convert hotels to Hilton brands through this initiative.”

Hilton says some 20,000 rooms planned under the African Growth Initiative will welcome guests in targeted locations tied to transportation and tourism, including airports and resort lodges.