Home>News>Libya's Sarraj meets with UK ambassador over Johnson diplomatic row
By AT editor - 5 October 2017 at 6:56 pm 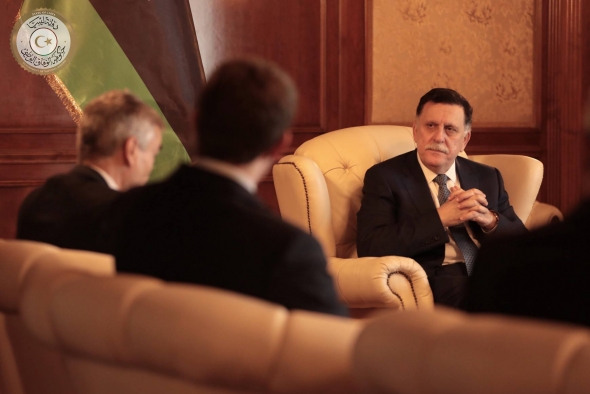 Fayez Al-Sarraj, head of the Presidency Council for Libya’s internationally recognized Government of National Accord (GNA), met with the British ambassador on Thursday amid a diplomatic row over UK Foreign Minister Boris Johnson’s remarks about Libya.

Sarraj asked Ambassador Peter Millett to clarify the “unacceptable and surprising” comments, the GNA said in a news release. 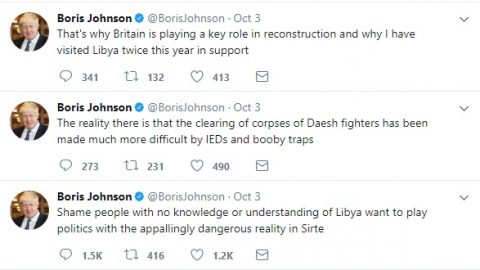 Johnson said Tuesday that there are British investors waiting to turn the city of Sirte into the next Dubai.

“The only thing they’ve got to do is clear the dead bodies away and then they’ll be there,” he said in remarks to a conservative group that were condemned by the British government and Libyan politicians.

Johnson attempted to do his own damage control on Twitter, in a series of messages that sought to explain his remarks. “The reality there is that the clearing of corpses of Daesh fighters has been made much more difficult by IEDs and booby traps,” Johnson said, referring to Islamic State. “That’s why Britain is playing a key role in reconstruction and why I have visited Libya twice this year in support.”

The GNA said the British ambassador explained that Johnson was referring to terrorist organizations and the tragedies they have caused. While affirming UK commitment to the UN-backed Presidency Council, Millett also expressed condolences over the fatal bombing attack on Wednesday at the Misrata courthouse.

Meanwhile, the Libyan parliament has condemned Johnson’s remarks and demanded an explanation and apology from British Prime Minister Theresa May.