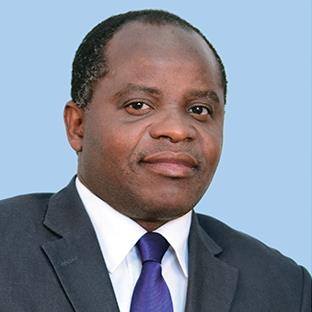 Protesters in Mozambique took to the streets of Nampula on Thursday, blocking traffic and burning tires while demanding justice in the aftermath of the assassination of Mayor Morreu Mahamudo Amurane. Police fired warning shots to try and keep the demonstrations under control, witnesses said.

Residents joined youth dressed in black on the barricaded main thoroughfare in response to the fatal shooting of the mayor on Wednesday. Amurane, known for his strong stance against corruption, was killed at his home in the Muhala – Expansão neighborhood of Nampula in an ambush by three unknown gunmen.

The shooting followed Amurane’s final public appearance in the city’s Heroes Square, where he led Day of Peace ceremonies, local media said, The mayor was elected in 2013 as a member of the Democratic Movement of Mozambique (MDM) party – an offshoot of the country’s main opposition party RENAMO – but Amurane more recently announced that he would seek re-election under different political affiliation.

President Filipe Nyusi appealed for calm, while condemning the violence and calling for an immediate investigation. Nyusi, newly re-elected as leader of the country’s Frelimo party, earlier this week said he wants to move forward with national peace talks in the politically tense Mozambique. The Day of Peace marked the 25th anniversary of a peace agreement between the government and RENAMO.

Nyusi said Amurane’s death was all the more heinous because it occurred on a day meant for peace and reconciliation, calling it “a vile crime that runs counter to the efforts.”

Police have opened an investigation into Amurane’s death but have not yet made any arrests.