Home>News>ECOWAS work in The Gambia noted, but Nobel Peace Prize goes to ICAN
By AT editor - 6 October 2017 at 2:21 pm 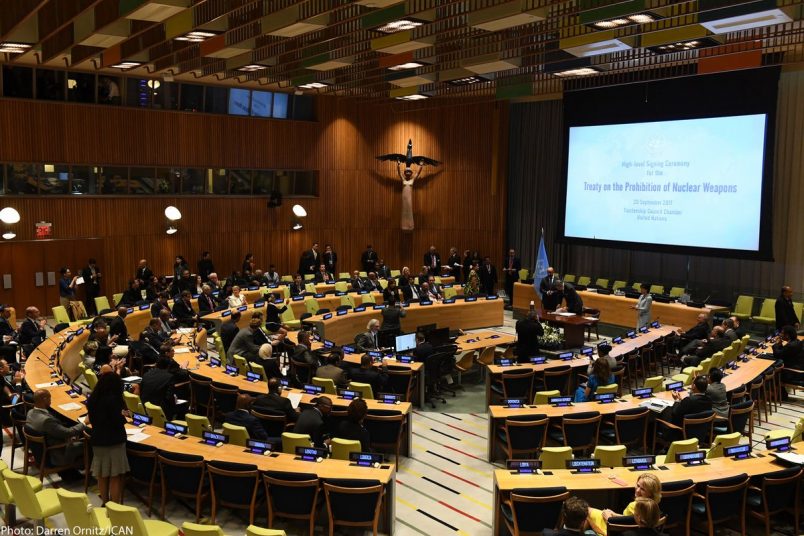 The ICAN was chosen from a field of 318 nominations, the second-highest number of individuals and organizations under consideration ever. Reportedly among them was the Economic Community of West African States (ECOWAS), the 15-nation organization that helped to secure a peaceful transition in The Gambia following the ouster of longtime president Yahya Jammeh earlier this year.

The nominations are kept sealed for 50 years, but word leaked to regional news outlets that ECOWAS was nominated for its role in assisting Gambians and the region after the election of President Adama Barrow and Jammeh’s refusal to step down.

Yet the prestigious Nobel ultimately went to the Geneva-based ICAN, a coalition of NGOs from about 100 nations, for its work in reducing the nuclear threat to humanity and the Treaty on the Prohibition of Nuclear Weapons. The treaty has been ratified by 50 states so far, and a ban on nuclear weapons will enter into force and be binding under international law for all countries party to the treaty.

“The coalition has been a driving force in prevailing upon the world’s nations to pledge to cooperate with all relevant stakeholders in efforts to stigmatize, prohibit and eliminate nuclear weapons,” the Nobel organization said. “To date, 108 states have made such a commitment, known as the Humanitarian Pledge.”

Five nations equipped with nuclear weapons, including France and China, are among those committed to their reduction and elimination, but more work is needed.

“The Committee wishes to emphasize that the next steps towards attaining a world free of nuclear weapons must involve the nuclear-armed states,” the group said in its statement. “This year’s Peace Prize is therefore also a call upon these states to initiate serious negotiations with a view to the gradual, balanced and carefully monitored elimination of the almost 15,000 nuclear weapons in the world.”